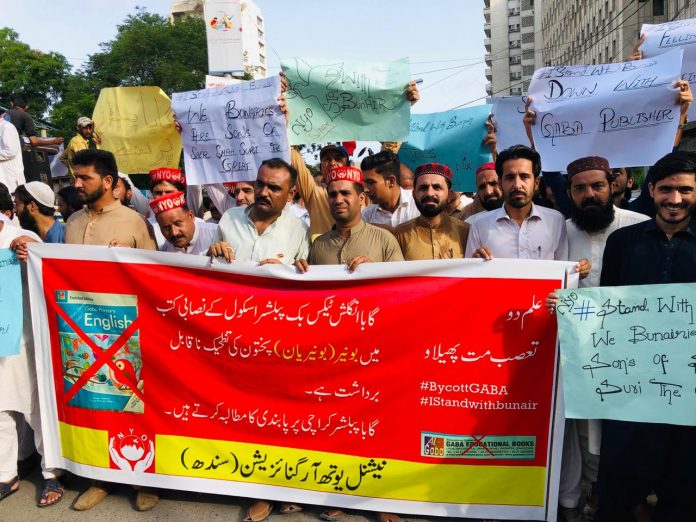 PESHAWAR: Gaba Publishers, which had published a controversial subject about the people of Buner in the English curriculum books, has now entered an agreement with a lawyer who had sent it legal notice over the issue.

The publication of word ‘foolish’ for the people of Buner in the curriculum books published by Gaba Publishers, a Karachi-based publishing company, drew sharp criticism and protest from Pakhtuns in Karachi and Khyber Pakhtunkhwa, particularly in Buner.

Qadir Khan, a Karachi-based lawyer originally hailing from Buner, and Aziz Buneri, Secretary Finance of Peshawar Press Club, had sent legal notices to Gaba Publishers in which it was stated that the controversial topic in the publisher’s English book has hurt the sentiments of Buneris. It said the publishers must immediately halt sales of the book and also lift the books from market. Qadir Khan said legal proceedings against Gaba Publishers will begin if it failed to respond to the legal notice within a week. Several people from Peshawar had also sent legal notices to Gaba Publishers. 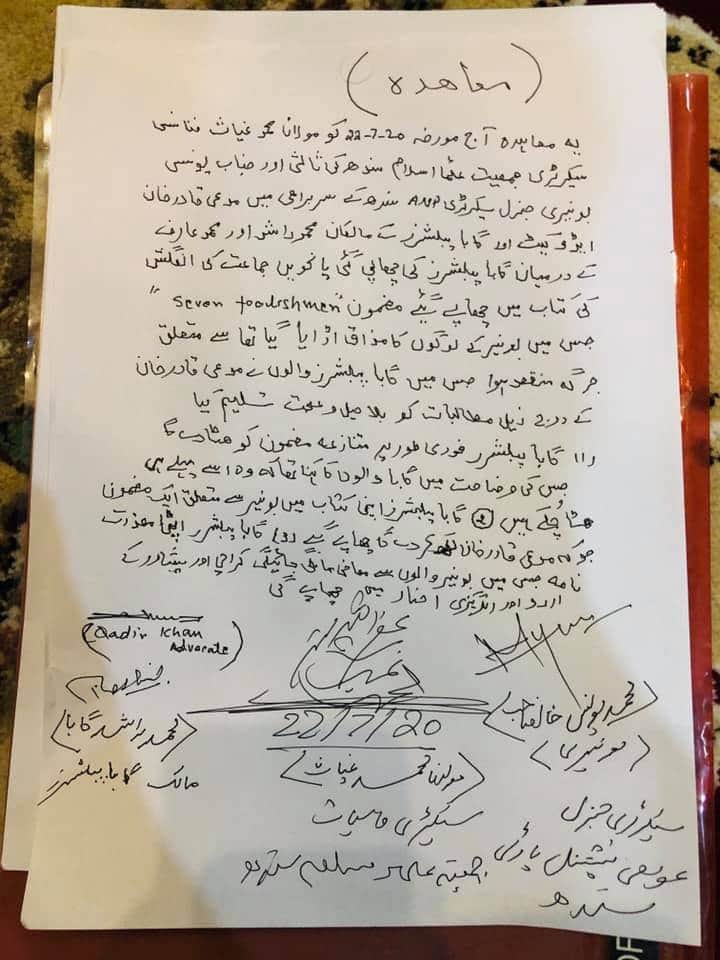 Under the agreement, the publisher will remove ‘Seven Foolish Men’ story from the English book of fifth grade. The publisher said during the Jirga that it has already removed the controversial subject and now it will lift all the copies of books from the market. The publisher also accepted another demand of the lawyer that he would write a positive subject on Buneris which will be included in the book in place of the negative subject. Under the agreement, Gaba Publishers will also publish an apology from the people of Buner in the Urdu and English newspapers being published in Karachi and Peshawar.

The controversial subject is being taught for several years in private schools. The issue came into the notice of someone who shared it on the social media and it soon turned into a movement.

The other petitioner, Aziz Buneri said while talking to TNN that he is satisfied with the agreement and now the students will read about the history of Buner instead of the derogatory subject. He said it is a good development that the publisher has realised its mistake.