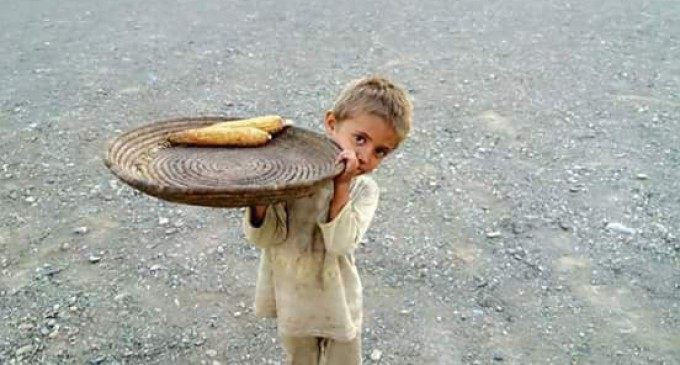 BARA, 3 October: Well off people have extended financial assistance of Rs200,000 to a destitute child from Sur Kamar area of Khyber Agency, after his picture went viral on the social media.

TNN correspondent said the aid includes Rs140,000 cash and food items of Rs40,000. The news appeared on the social media and TNN few days ago which highlighted the plight of Khana Jan from Sur Kamar area whose eight-year-old son was selling corn instead of going to school due to extreme poverty. The photo of the boy went viral on the social media which attracted the attention of well off people.

Local sources said Khana Jan was left disabled after an accident recently. Khana Jan has three sons and four daughters. All his sons are doing labour instead of going to school due to poverty.

“I am very thankful to the media and well off people for helping me in the hour of need. People helped me financially and also purchased ration for me. I will always pray for the people who helped my family,” Khana Jan told TNN.