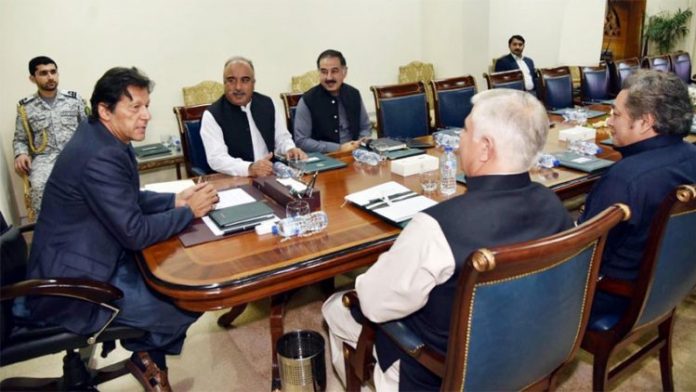 During the meeting development process in tribal districts and future strategy for the area came under discussion. The meeting reviewed ongoing development projects in the merged districts and also discussed issues relating to less developed areas, while Chief Minister Mehmood Khan briefed the prime minister on these projects and other facilities, especially the provision of health cards to people there.

The prime minister said during the meeting that development of the merged districts was among the top priorities of the government. He said development in tribal districts will continue despite austerity measures adopted by the federal government amid acute financial crisis.

Imran Khan said the people of the merged district offered countless sacrifices for the country and now they deserve reward in shape of development. He said the government is making efforts to provide employment opportunities to the youth of these areas, enabling them to demonstrate their skills.

The premier said that provision of health, education, law and order and other facilities and social and economic uplift of the merged areas are among the top priorities of the government so that the standard of living of people could be improved and they could be brought at par with the rest of the country.

The meeting of the prime minister with KP governor and chief minister came two days ahead of the budget session of the Parliament. It is likely that development priorities and allocations for tribal districts were discussed in the important meeting.