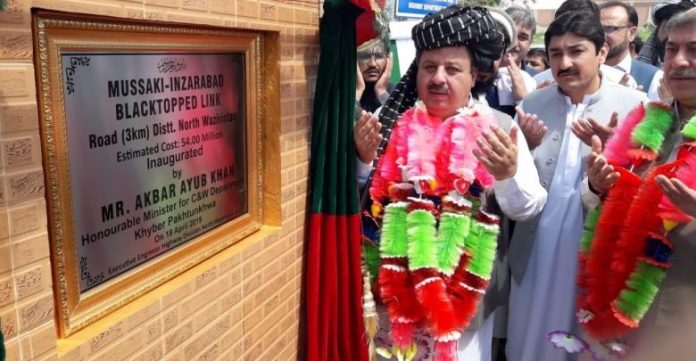 A ceremony in this regard was organised on Friday, where Khyber Pakhtunkhwa Minister for Communication Akbar Ayub inaugurated the development schemes.

The schemes inaugurated by the provincial minister included Moski Bypass, which will be completed with a cost of Rs54 million, and three-kilometre road in Barokhel. Akbar Ayub Khan also inaugurated work on Khadi bridge which will cost Rs198.87 million.

Deputy Commissioner Khyber tribal district Mehmood Aslam has said all the resources are being utilised to resolve the problems of people.

Addressing an open court, which was organised in Mallagori area on the directions of KP Chief Minister Mehmood Khan on Friday, the deputy commissioner said the administration is taking steps to resolve the problems of the masses. 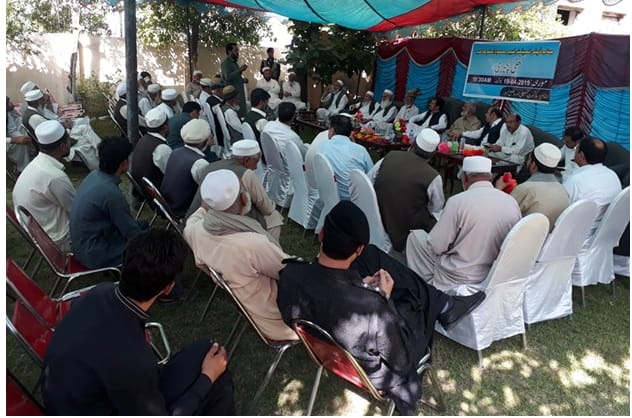 The local elders informed the deputy commissioner about problems related to health, education, jobs, load-shedding, roads and other problems. Mehmood Aslam said he is well informed about the problems of the area and all these problems will be addressed. He issued directions to concerned departments to take steps for immediate resolution of problems faced by the people of the area.

The area elders appreciated the administration for arranging the open court and said it should be organised on regular basis to resolve problems faced by the people.