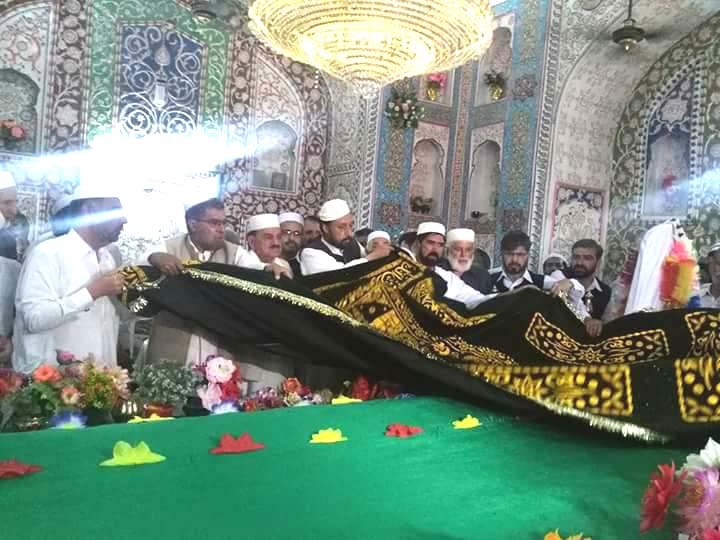 NOWSHERA: Thousands of devotees from across the Khyber Pakhtunkhwa, tribal areas and other parts of the country gathered to celebrate three-day 376th Urs celebration of Sufi saint Kaka Sahib aka Rehem Kaar at Ziarat Kaka Sahib town in Nowshera.

The chairman of Kaka Sahib Darbar Mian Fasihuddin Kakakhel said the festival has been kicked off on Tuesday amid tight security.

“I thank district government for support and cooperation as this festival has commenced with much zeal and enthusiasm where a large number of people have come”, maintained Fasihuddin.

“We encourage healthy sports therefore on Provincial level, we have arranged a volleyball tournament, cricket tournament, tug of war competition, poetry competition and naat competitions in which a large number of youths from across the country participated.

The winners will be given cash price and other gadgets.

People throng Kaka Sahib’s shrine from far flung areas to seek solace and spiritual delight. Many pilgrims from across the country visited the shrine to pay their respects to the Sufi saint.