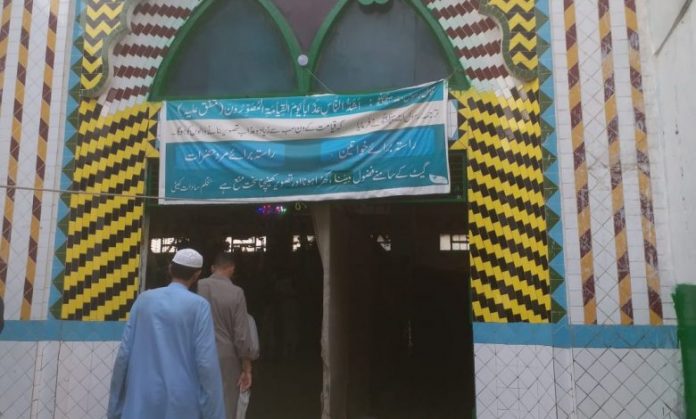 BUNER: Like other sectors in the country, shrines and dargahs were also closed owing to the fears of coronavirus spread.

The district administration of Buner had also closed the shrine of Hazrat Pir Baba (Syed Ali Ghaus Tarmizi) for devotees. Due to closure of the shrine, tens of thousands of devotees, who earlier used to visit the shrine frequently, were upset and waiting for its reopening.

Finally, after reduction of coronavirus cases in Pakistan, most of the sectors were reopened fully and shrines and dargahs were also included in it. On Monday, Assistant Commissioner Gadezai Syed Hammad Haider reopened the shrine in presence of members of Sadaat Committee, Sajjada Nasheen Darbar-e-Alia Hazrat Pir Baba Syed Hussain Shah and area elders and other devotees.

Syed Hussain Shah said while talking to TNN that he was extremely happy and satisfied over the reopening of the shrine after closure of several months. He thanked the district administration for its full cooperation in this regard. He said the gates of the shrine have been opened for tens of thousands of devotees who can’t wait more to come here.

Syed Hussain Bacha said that with the reopening of the shrine of Hazrat Pir Baba, the routine hustle and bustle of the bazaar near the mosque has also returned and situation is fast moving towards normalcy. He said hundreds of devotees still used to visit the shrine of Pir Baba even during its closure. But they used to return in disappointment as entry of devotees was not allowed.

“Almighty Allah has bestowed us with mercy and the splendour of the site has returned. People following spirituality will now come to their destination in Buner,” Syed Hussain Bacha said.

Matawali (caretaker) of the Mazar was also visibly happy with its reopening. He said as soon as the news of shrine reopening was shared on the social media, it went viral within no time and now hundreds of devotees, including many from other districts, are coming.

Assistant Commissioner Hammad Haider told TNN that coronavirus is on its way out in Buner, but still the threat persists. He advised the devotees to observe precautionary measures and follow the rules.

Sarbaz, a local shopkeeper, said he is hoping for boost in sales with arrival of more devotees.