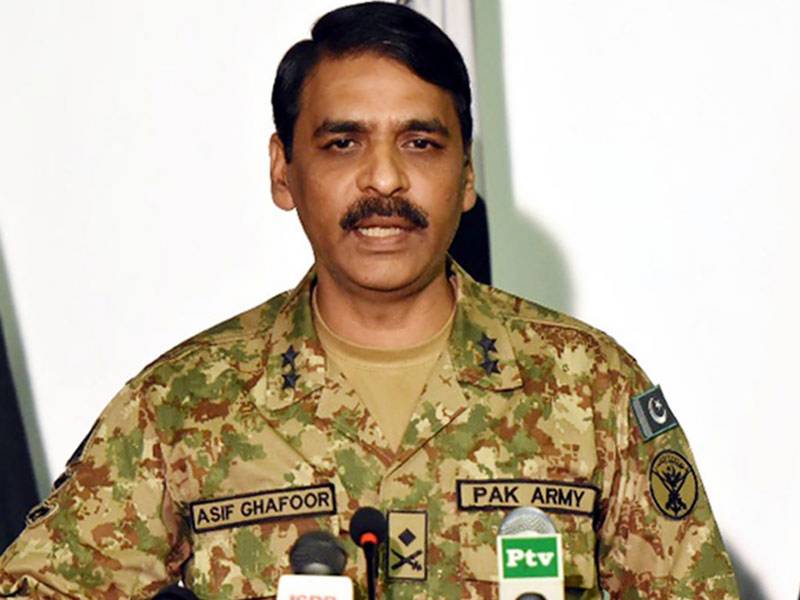 RAWALPINDI, 14 October: Director General Inter Services Public Relation on Saturday said that army was a state institution that pose no threat to democracy.

General Ghafoor expressed his disappointment at the government’s reaction and said that he was disappointed as a soldier and as a citizen of Pakistan.

He said the army has conducted a seminar with the Federation of Pakistan Chambers of Commerce and Industry where three former finance ministers, one former State Bank governor were in attendance.

“The army chief gave a keynote address. I talked about it in my beeper to a private TV channel,” he said.

He said that the Pakistan Army was a state institution and it was very important to sit and talk about things.

“If we need to improve the economy, we will have to bring certain changes and the China Pakistan Economic Corridor needs to be supported ,” he said. He said that democracy has nothing to fear from army and rejected all rumors of change in government.