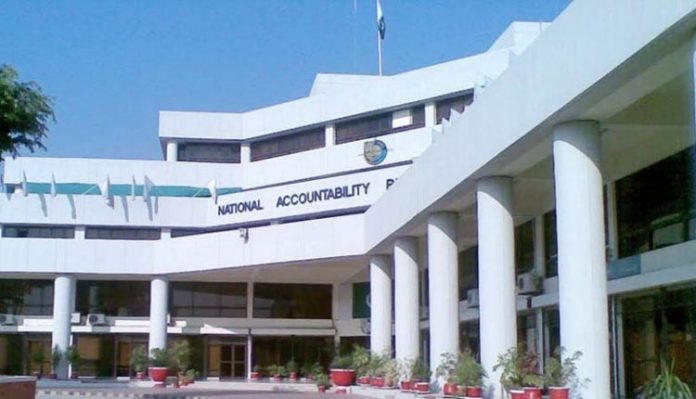 PESHAWAR: The National Accountability Bureau (NAB) has transferred Director General Khyber Pakhtunkhwa Farmanullah Jan over unsatisfactory performance and asked him to report to the NAB headquarters.

According to a notification issued from the NAB headquarters, Mujahid Akbar Baloch has been transferred from Quetta and posted as DG NAB KP on the orders of the NAB chief. Sources said Farmanullah Jan has been transferred from KP over unsatisfactory performance. The sources said no mega corruption case could be taken to its logical conclusion in KP during the last two years.

However, there is another dimension to the transfer of Farmanullah as the NAB Chairman Justice (R) Javed Iqbal was reportedly not happy over arrest of Director of Directorate of Archaeology and Museums KP Dr Abdul Samad in a corruption case.

Prime Minister Imran Khan and other leaders of the Pakistan Tehreek-e-Insaf (PTI) had taken notice of Dr Abdul Samad’s arrest and had asked the NAB chief to take notice of the matter. The NAB chief had launched inquiry into the arrest of Dr Abdul Samad and ordered Farmanullah to appear before him along with record of Dr Samad, the only Sanskrit PhD scholar in Asia, a full bright scholar and a gold medallist in archaeology.

“The NAB Chairman should take action against those in his institution who are responsible for this disgraceful act,” Imran Khan had said in a Twitter message.

However, the NAB defended its action saying that Dr Abdul Samad was facing serious allegations of misplacement of antiques and statues worth millions of dollars.

In a statement, the NAB said a PhD degree holder is also equally answerable before the law and corruption cannot be allowed on any pretext. The statement said a campaign had been initiated by the sympathisers of Dr Samad to hinder the NAB’s efforts to bring culprits to justice. It said illegal appointment of Class-IV employees cannot be exempted from corruption.

The NAB alleged that the accused was involved in misappropriation of antiques, sculptures and other valuables of antiquity, which is being investigated by a team of highly qualified experts.

Meanwhile, a special committee on illegal appointments in the NAB had also recommended repatriation of the services of Farmanullah Jan to his parent department as he lack relevant experience required for the NAB job. The committee was formed by the Supreme Court of Pakistan headed by Secretary Establishment Division.