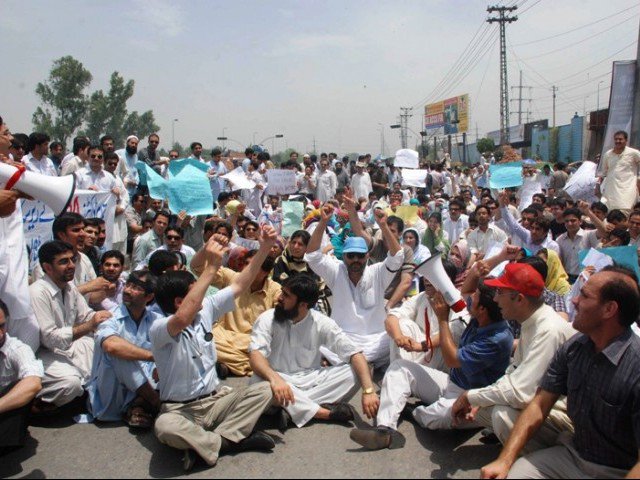 DERA ISMAIL KHAN, 22 October: Teachers recruited under National Testing Service staged a demonstration to protest non-regularisation of their services and threatened to launch protest drive if their demands were not accepted till end of current month.

The protesting teachers were holding banners inscribed with demands for regularization and chanted slogans against the government.

Talking to Tribal News Network, some of the protesting teachers said that they have been working on adhoc basis since last four years.

“The government has regularized services of college teachers who were recruited on temporary basis while ignored schools’ teachers,” said a high school teacher Muhammad Asif.

The teachers said that they would not accept this discrimination and demanded that the government would not only regularize their services but has to ensure provision of all perks and privileges.

They said that quality of education has improved in public sector educational institutions due to qualified teachers recruited under NTS.

They threatened to stage a sit-in in Bani Gala outside the residence of Imran if their demands were not accepted till October 28 of this month.