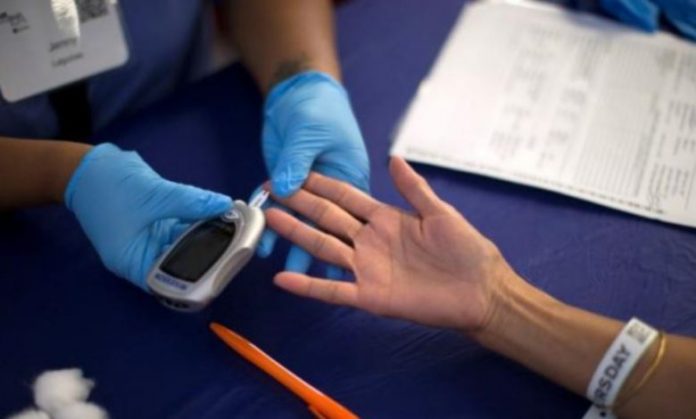 PESHAWAR: My father was feeling fine and his diabetes was also under control, but his condition started deteriorating when coronavirus started spreading in Pakistan. It was a cause of grave concern for the family as we knew that corona can be extremely dangerous for diabetes patients.

These views were expressed by Aneela Nayab, hailing from Rasheed Garhi area of Peshawar. Aneela told TNN that her father was a diabetic since 2011, but his condition mostly remained stable as he was undergoing proper treatment and observing all precautions. However, after the outbreak of coronavirus and watching depressing news about it on TV, his condition started deteriorating and within a week he started fainting and remained confined to his bed.

“We were terrified as we feared that he may have contracted coronavirus or typhoid. It was repeatedly told on TV that corona may be very dangerous for diabetics,” Aneela said.

According to a research published in The Lancet, diabetics, heart patients and elderly people face higher level of threat from coronavirus. According to AFP, Chinese scientists have come to conclusion that diabetics are at higher risk and chances of death from corona are double than other patients.

Aneela said all the out-patient departments (OPDs) of hospitals as well as private clinics were closed due to lockdown and it was very difficult for them to take her father for treatment. She said finally they found a doctor who came to conclusion that the patient’s condition has worsened due to stress and anxiety. She said the doctor gave insulin dozes to her father after which he started recovering.

According to a survey of Insulin for Life, there are over six million diabetics in Khyber Pakhtunkhwa. Professor Ziaullah, a Peshawar-based Medical Specialist, said diabetes is a dangerous disease, but people tend to take it lightly. He said diabetes can affect eyesight, cause heart ailment or even paralysis.

Fehmida from Darra Adamkhel is also a diabetic for the last 25 years. The 70-year-old woman said she is unable to do anything at home due to her disease.

“After corona outbreak, I spent three months inside my room and did not socialize as I knew that the virus may be fatal for diabetics,” she said.

Fehmida said diabetes is spreading rapidly as many people cannot afford expansive treatment some many of them end up with quacks. She emphasized the need for creation of awareness in this regard.

Dr Muhammad Shaharyar, who performed duties in corona ward of the Lady Reading Hospital, said diabetes patients need to be extra careful as corona may be fatal for them. He said high level of corona may also cause diabetes to a patient.