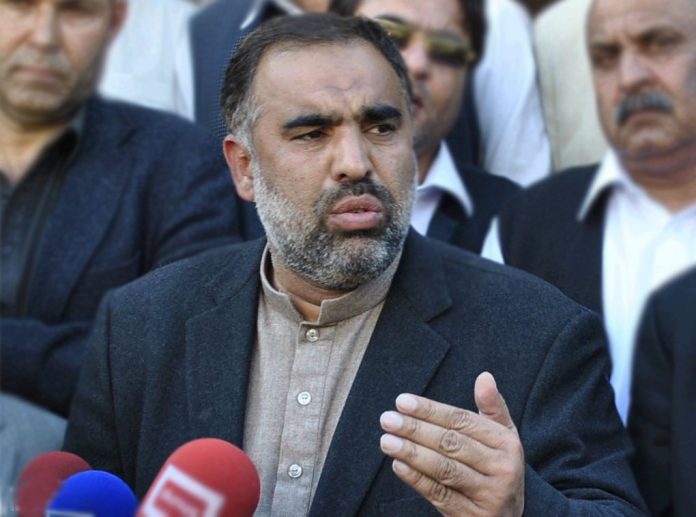 SWABI: Speaker National Assembly Asad Qaiser said on Monday that dialogue is the only way to resolve issues between India and Pakistan.  He was talking with media persons at his home constituency, Swabi.

Qaiser added Pakistan wants a third-party mediation to bring both the countries on the table for talks. As now, it is time that both the countries solved all the bilateral disputes through dialogues and focus on the uplift of the people instead of spending valuable resources on weapons.

National assembly speaker said that India has no evidence of allegations they have levelled against Pakistan that is why they refrain from a third-party mediation. Talking about the release of Indian pilot arrested by Pakistan army after Indian fighter jet was shot down on February 27, the speaker said that it was a good step taking by the federal government and maintained that the whole world is appreciating Pakistan for releasing the pilot as good gesture.

He also appreciated the role of opposition parties, who set aside all differences and took a united stand against India of its aggressive policy against Pakistan. The National assembly speaker said that the decision to release the Indian pilot was also taken unanimously by the government and opposition parties.

Asad Qaiser also reiterated the Pakistan government’s stance that the purpose of Pakistan’s aerial strike against India did not mean to inflict loss but to show the Indian government that Pakistan has full capability to protect the country against any intrusion. Qaiser also criticized the Indian Media for negative propaganda and stressed the need for realistic reporting.

BARA: Iqbal Afridi, Member National Assembly of Pakistan Tehrik-e-Insaf (PTI) has said that Tribal people are ready to offer sacrifices for the protection of the country. Afridi was addressing a rally to protest the Indian aggression against Pakistan here in Bara on Monday.

A large number of tribal people, Sikh elders, representatives of trade union and workers of the PTI participated in the rally and chanted Anti-Indian slogans. Tribal elders, including Syed Ayaz Wazir, Gul Meen Shah, Wakeel Khan and Malik Waris Khan, were also present on this occasion. The rally participants appreciated the Pakistan army for its response to the Indian forces and made It clear that tribal people will never lag behind in offering sacrifices for the protection of the country.