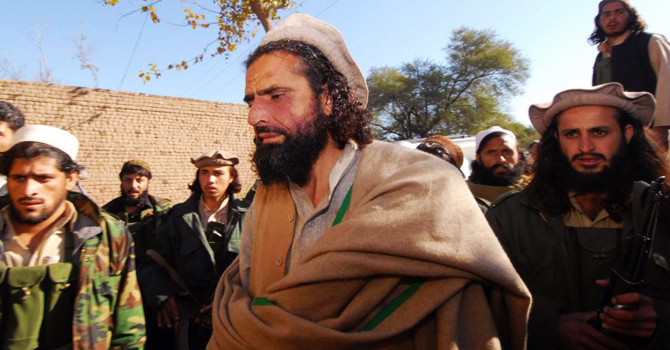 BARA: The head of the banned Lashkar-e-Islam (LI) militant group Mangal Bagh has reportedly died in a bomb blast in Achin Bandra area of Nangarhar province of Afghanistan.

Official sources are not confirming the death of Mangal Bagh, but independent sources and those close to the militant leader have confirmed his death.

Sources said that Mangal Bagh, 55, was going towards his organisation’s centre on Thursday after spending the night at the home of his son when he stepped over a landmine at a distance of 150 metres from his son’s house due to which he died on the spot. A volunteer of his organization and a passer-by child were also injured in the blast.

The volunteers of the LI, fearing a drone attack, cordoned off the entire area and did not allow anyone to see the body of Mangal Bagh. The funeral was offered at 4:00pm (local time) which was attended by about 50 to 70 volunteers.

Mangal Bagh first got prominence as commander of LI formed by Mufti Munir Shakir to oust religious leader Pir Saifur Rehman from Khyber tribal district. He then took over the leadership of LI after differences with Munir Shakir. In 2004, the power struggle between the LI and local administration intensified and resultantly another militia, Ansarul Islam was formed in Tirah to reduce the influence of LI. Ansarul Islam was led by Qazi Mehboobul Haq. During the same year, the security forces gunship helicopters attacked the centre of the banned LI and tried to oust its volunteers from the area.

The LI volunteers shifted to Gogrina area of Landikotal, got organised again, and then came back to Tirah and retrieved Darpez, Shalobar and Akakhel areas which were occupied by Ansarul Islam. A lot of people died during the clashes and Ansarul Islam was forced to step back from the area.

The security forces then launched different operations to get rid of LI. During Operation Khyber-1, thousands of people were displaced from the area. In 2012-13 Taliban joined hands with the Mangal Bagh-led LI to attack the headquarters of Ansarul Islam in Tirah Bagh and totally eliminated it from the area. Then the security forces launched a decisive operation against LI and Taliban militants and forced them to flee to Afghanistan. Since then, the LI organised itself in Afghanistan and used to attack Pakistan security forces from across the border.

Information about the death of Mangal Bagh was received several times, but that could not be confirmed. However, he was once injured in a US drone attack. This time the death has been confirmed and there are also reports that the bomb which hit Mangal Bagh was planted by his own volunteers.