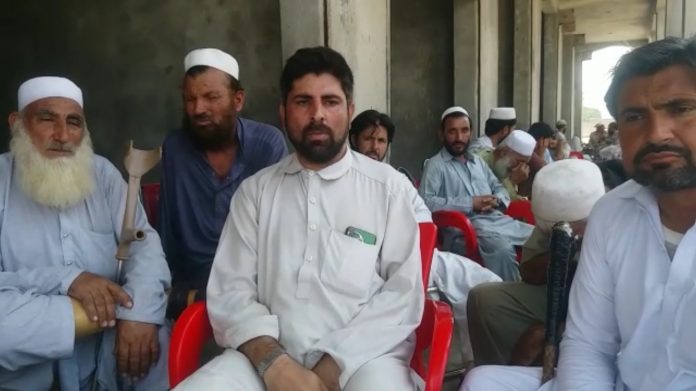 BARA: The differently-abled persons in Khyber district boycotted the election saying that the election manifestos of political parties and independent candidate offer nothing for their welfare in tribal districts of the province.

The differently-abled persons further said that they have actively participated in the election campaign and mobilized public for the historic election but no political party or independent candidates have assured the protection of their rights and fulfilled their long-standing demands.

The views were expressed by the general secretary of FATA disable welfare organization, Norshaid while addressing a press conference at his office in Tehsil Bara on Saturday. “The political parties and independent candidate’s election manifesto have nothing for the welfare of the disabled persons in newly merged districts,” said Norshaid while addressing the press conference at his office in Bara. Therefore, he added, they have decided to boycott the first-ever election for the provincial assembly in tribal districts.

The disabled welfare organization is demanded increase of job quota in government departments from two per cent to five per cent. They are also asking for monthly stipends for disabled persons in newly merged districts. They are also demanding free education for their children in private schools situated in their area. The different-abled people’s organization has also been asking for establishing skill centres in tribal districts where they can learn different skills and earn an honourable livelihood for their families.

However, they lamented that so far no government department or the candidates for the elections have heard their demands and no assurance have been provided in resolving the issues faced by the disabled persons. The disabled person’s welfare organization general secretary said that they have a total of 5000 registered disabled persons across the tribal districts. He added that most of them are jobless and unable to even earn their livelihood.