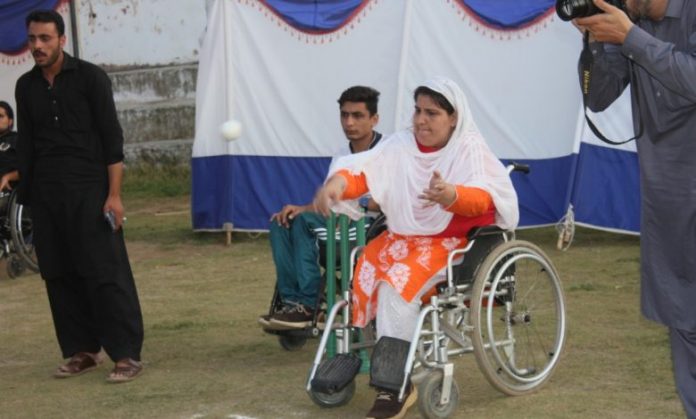 PESHAWAR: Gulshan, a courageous woman hailing from South Waziristan, lost her one leg in a landmine blast in 2004 when she was only 14 years old, but it did not stop her from becoming a talented player of table tennis and power lifting.

The talented sportswoman said she had passion for sports right from her childhood, but could not do it as it was against local traditions for a woman to play outside home or gain media attention.

“After losing one leg in a blast, I spent most of the time at home and I was extremely bored. Then someone told me about an institution which can help differently-abled people like me. I went there where I was told that my life can move forward if I take part in sports activities. I started playing in 2018 and my life has changed since then,” Gulshan said while talking to TNN.

Gulshan said she thought initially that she will learn sewing, but her father allowed her to take part in sports. She said her family supported her in her sports activities. Complaining about lack of facilities for differently-abled persons, she said it was hard to excel in sports activities, but she did not lose courage and continued hard work. She said she utilised whatever facilities were available and mostly played from Peshawar and Abbottabad.

Gulshan said different sports competitions were held at Qayyum Sports Complex in Peshawar on August 14, but differently-abled persons were ignored, which hurt them. She said most people support her, while there are also few people who consider participation of women in sports activities inappropriate.

About Waziristan, she said there are no sports facilities for women. “Even if facilities are provided, then no one will allow women to take part in sports activities,” she said.

Gulshan aims to represent Pakistan in international competitions and she has full support from family.

“One of our colleagues has gone abroad to take part in international sports competition. I am inspired from her and hope that one day I will also represent my country abroad,” she said.

Gulshan said education is the main ingredient which can change the lives of girls of merged districts.