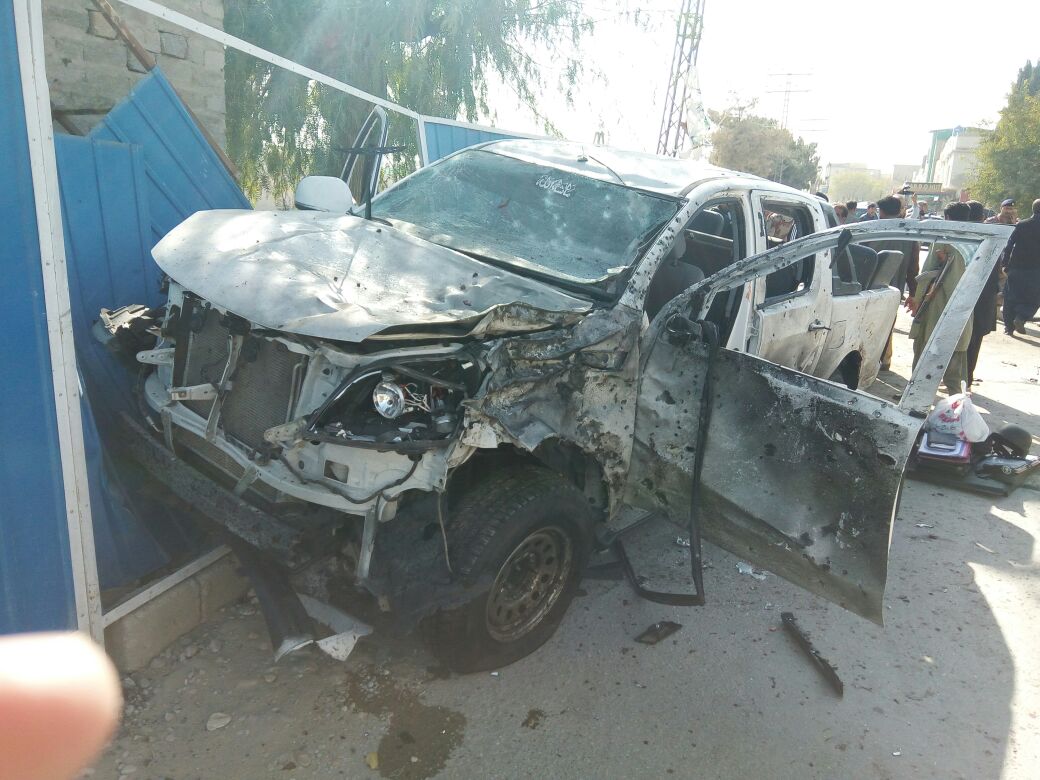 QUETTA, 9 November: Deputy Inspector General (DIG) Hamid Shakeel along with two other policemen were martyred in a bomb blast in Chaman Housing Scheme in Quetta on Thursday.

Police said the DIG was going for duty from his house in the morning when his vehicle was targeted with a bomb. Seven people, including five policemen, were also injured in the blast. The injured people were taken to Civil Hospital for treatment.

Security and rescue personnel arrived at the spot and cordoned off the area. Investigators are probing the nature of the blast.

Balochistan Chief Minister Sanaullah Zehri has condemned the blast and expressed sympathy with the bereaved families.