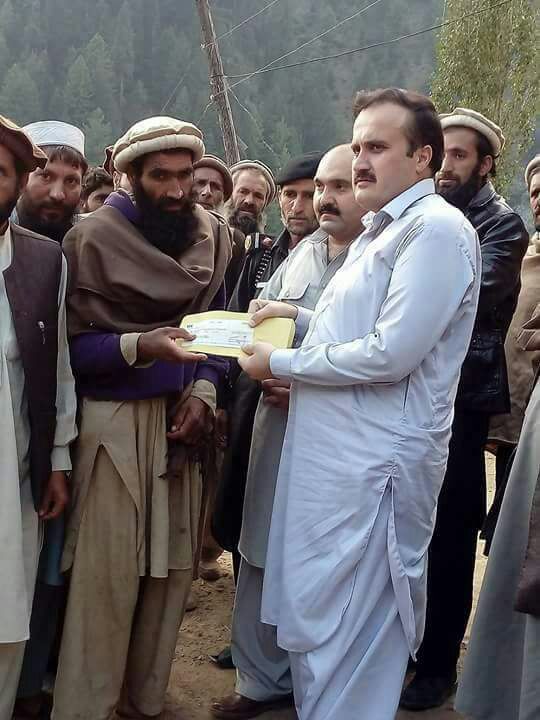 DIR, 26 September: District administration on Tuesday distributed cheques worth Rs1.8 million among the families of children who were killed after a house was reduced to ashes by devastating fire. According to police, On Saturday night fire engulfed the house owned by Hamish Gul due to which his six children were burned to death while wife and he himself  sustained sever burn injuries.

Deputy Commissioner Usman Mehsud visited his house in Doog Darra and expressed condolences with the bereaved families and handed over the compensation cheques to father of the deceased children Hamish Gul.