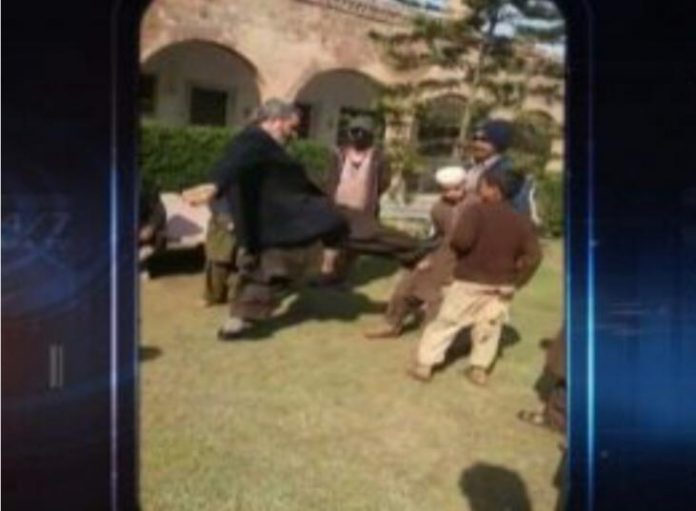 PESHAWAR: Gohar Rehman, the deputy director of the administration department of the University of Peshawar has been arrested from the court premises on Tuesday after the cancellation of his bail.

Gohar Rehman has been seen in a video slapping, kicking and hurling abuses at a group of four to five children, all seemingly under the age of 10. It was informed that children are beggars and used to polish students’ shoes on the university premises for money.

The newly established Child protection court has taken notice of the video and ordered to register a case against the Gohar. However, after registration of the case, he has obtained the bail before arrest.

During the Tuesday hearing, Gohars’ lawyer told that he has reached to comprise with the parents of the children therefore, the case should be closed down. The parents of children were also present in the case.  However, the Justice Wadia Mushtaq, who was hearing the case, directed them to present all the children before the court. The court wants to hear from the children. Since his bail was cancelled, the police were ordered to arrest Gohar Rahman from the court premises. During the police custody, Gohar tried to use his mobile phone.

The video was surfaced two weeks back from the University of Peshawar. The video after getting coverage from the media, the Child protection court has taken its notice. The administration, on the other hand, says they used to pester students for money. The administration said that they’ve barred them from entering the university before too. But they didn’t say why their official beat up the children.

In the video, Rehman is seen asking the children to empty their pockets so he can see how much money they have. The children say the officials beat them up but also charge them money to operate their small-scale business on campus.