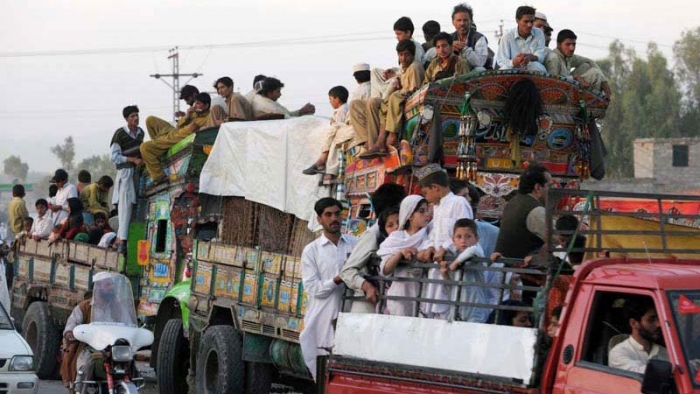 TORKHAM: The families that migrated to Afghanistan from Mohmand district due to military operations in have returned Pakistan via Torkham on Thursday.

Around 150 families were displaced due to different military operations in former Mohmand agency into eastern Afghanistan.

Assistant Commissioner Shakeel Barki welcomed the returning families on Torkham and made food and shelter arrangements for them.

The families returned after 10 years of refuge in Afghanistan after a jirga of security forces and Mohmand district administration convinced them to return.

The returning families would be sent to their native towns. “We have migrated to Afghanistan due to lawlessness in our areas but peace returned so we too returned,” said Numan Khan, an IDP.

These families crossed Durand into eastern Afghanistan before fencing of the border started.