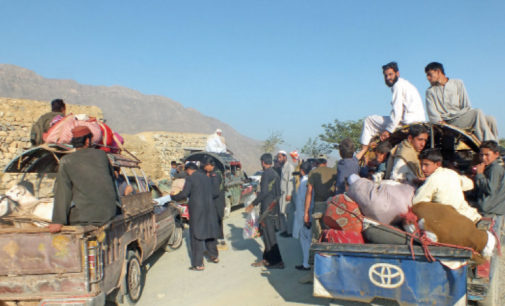 KALAYA: The repatriation people of Mamozai tribe of Orakzai Agency who were displaced in Operation Khyber-1 has got underway.

The displaced persons of Mamozai tribe will return to their native areas in three phases. Orakzai Scouts 233 Wing Commander Lt Colonel Umar Saqib said while talking to TNN in Yakh Kandao on Thursday that 17 tribes of Orakzai Agency have already returned, however, the repatriation of Mamozai tribe was pending due to security concerns.

Lt Colonel Umar Saqib said over 15,000 families from Mamozai tribe will return to their native areas in the three phases. He said over a thousand families will return to 21 villages in the first phase. He said this phase will continue till 9 May. He said the entry point for registration of the returning displaced persons has been established in Yakh Kandao, situated on the border of Orakzai Agency and Hangu district.

The military officer said development projects in Mamozai will continue with the repatriation of displaced persons. He said people from three sub-tribes of Mulakhel tribe will also return along with Mamozai tribe.