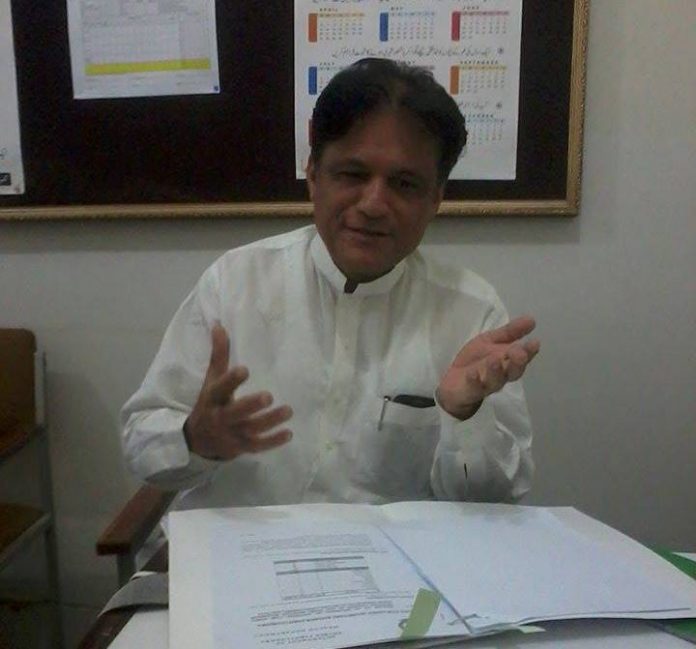 PESHAWAR, November 21: Owing to rapid increase in polio cases in the country, the World Health Organisation (WHO) has imposed travel restrictions on Pakistani nationals who are now required to produce a polio vaccination certificate before travelling overseas.

The organisation has said that if Pakistan fails to eradicate the epidemic within six months, it may face more restrictions.

A total of 257 polio cases have been registered in Pakistan in the current year and most of the children have been affected in the tribal areas and Khyber Pakhtunkhwa province.

In order to know the reasons behind increase in the number of polio cases, TNN interviewed Deputy Director of Khyber Pakhtunkhwa’s Extended Programme on Immunisation (EPI), Dr Raheem Khattak.

TNN: Could you explain reasons behind increasing polio cases?

Dr Raheem Khattak: There are several reasons behind it. The campaigns got badly affected because of attacks on the polio vaccination teams in the year 2013. On the other hand, the polio vaccines’ drops have not been administered to children in North Waziristan for past two or three years.

The displacement of population from North Waziristan region to the settled districts is also one of the reasons.

If we take a look of the confirmed cases, around 12 people have been diagnosed with poliovirus in Bannu this year. Those were the children who had been affected due to the ban on polio campaigns in North Waziristan. Likewise, Lakki Marwat district, which is next to Bannu, reported three polio cases and five cases have been filed from Tank. All of these areas are in close proximity to one another and that is how the epidemic was transmitted from one region to another. Besides that, 18 polio cases registered recently in Peshawar had also been reportedly transmitted from Khyber Agency.

TNN: Various health related campaigns, including ‘Sehat ka Insaaf’ of the provincial government, were carried out in the current year. But despite those efforts, polio cases have been increasing day by day in the country. Were those campaigns not effective?

Dr Raheem Khattak: The campaigns were fine. The ‘Sehat ka Insaf’ had contained the virus in Peshawar and if you remember, the tests conducted on water samples of Peshawar in those days were found polio-negative. The poliovirus cases that surfaced after conclusion of ‘Sehat ka Insaf’ campaign are mainly because of spread of the virus once again in the region. The fear of transmission of this infectious disease will continue to worry us till it is completely eliminated.

TNN: There are children who got infected by the poliovirus even after vaccination. Why did the vaccinated children fall victims to the disease?

Dr Raheem Khattak: This is not the first time that such cases have emerged. The polio drops are given to children to enhance their immune system so that they may not be prone to the disease. But you might have observed that our children usually suffer from loose motion, which is why vaccine does not have any effect as it is discharged out of the body before it starts working. So, that is how the children get infected despite being vaccinated.

We suggest that children should be given polio vaccination from time to time and that parents should not think that their youngsters would be safe from the epidemic after being vaccinated for five or six times.

TNN: If mere children get infected by the disease, then why are polio drops given to the elderly people travelling abroad?

Dr Raheem Khattak: Basically, the immune system of children up to five years of age is too weak as compared to the immune system of youth and middle-aged people, which is why there are very rare chances of them to get infected by the virus. But the poliovirus is transferred from one person or place to another as it sticks to the intestines and keep on multiplying in numbers. Then the virus is defecated out of the body and that is how it spreads out.

But the children having age below or up to five years have maximum chances of falling victims to the disease.

TNN: Can poliovirus be transmitted to people from open sewage drain?

Dr Raheem Khattak: This virus remains in intestines of human body. So whenever it is released out of the body and is mixed up with the underground water, it can cause the poliovirus to disseminate.

This story was translated by Ms Mehwish Ghani and edited by Mr Muhammad Shahid.