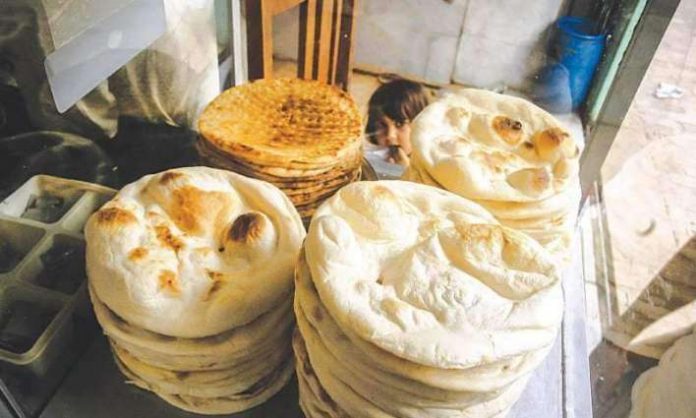 PESHAWAR: The Nanbais association after one day strike has achieved its demand for an increase in the price of bread (roti) from Rs 10 to Rs 15 on Thursday. The association has held successful talks with the district government which has approved the increase in the price of 190-gram bread to Rs15 from Rs10 in Peshawar district, says spokesperson of the district administration.

It was informed that the government officials have heard the concerns of the Nanbai association and assured them the solution of their problems. The spokesperson said that keeping in view the interests of the people of the city, it was decided to increase the price of 190-gram bread in Peshawar to Rs 15 from Rs 10 while in the posh area of Hayatabad, the price of 185-gram bread was set at Rs 15.

The Nanbai association has thanked the deputy commissioner for accepting their demand in wake of an increase in the prices of flour and fuel due to which it was not affordable for the association to sell bread on old prices.

On Thursday, Nanbais in Peshawar observed complete strike asking the KP government to allow them to increase the prices of bread due to the increase in flour price, gas and electricity. Due to the strike, the citizens in the metropolis faced difficulties as bread was not available throughout the city. The association has demanded that the price of 150-gram Roti must be increased from Rs10 to Rs15. The Nanbais had warned that their strike will continue till acceptance of their demands.