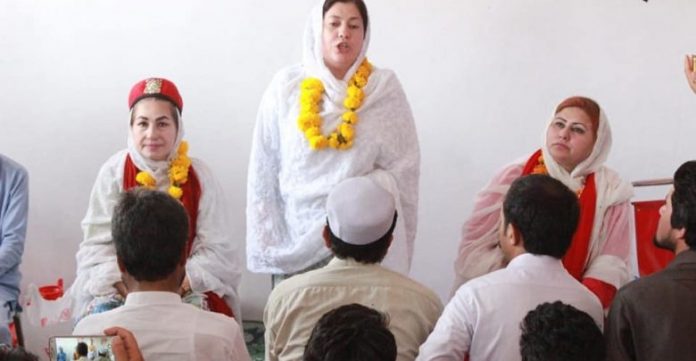 KHYBER: District administration has issued security alert to the only female candidate, Naheed Afridi, directing her to keep election movement limited and inform the police ahead of her political gatherings.

A statement issued by the district administration said that they are making all efforts to maintain peace and stability ahead of the July 20 election and to ensure full security to all the candidates. The official statement added that not only the election candidate but also providing safety to the public during the campaign is also their basic responsibly. 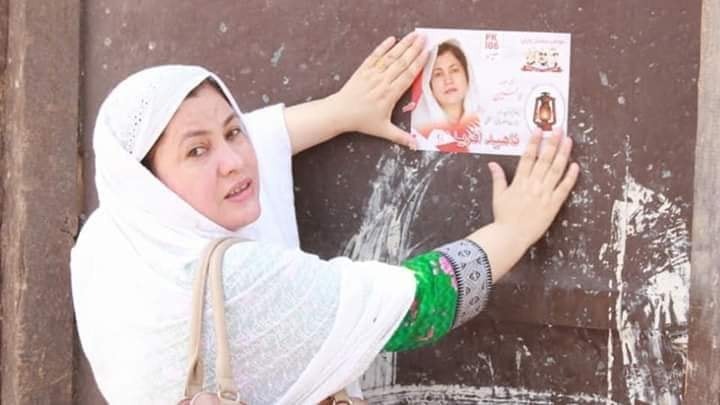 Naheed Afridi, a candidate of the Awami National Party (ANP) been asked the make the administration inform of her movement a day ahead so that they can make all necessary arrangement for her security and the ANP political workers.

Besides that, all the political parties, as well as independent candidates, have been directed to assigned at least eight persons to keep a guard and perform body search of those entering the political gatherings as the local people know each other, so it will help in ensuring good security condition before the elections.

The candidates were asked that under the guidelines of the election commission of Pakistan, the security forces especially the services of the police force should be availed for full-fledged security for the political gatherings ahead of elections.

Naheed Afridi is making history as she is the first candidate to contest the election on a general seat on the party ticket in tribal districts. A candidate of the Awami National Party (ANP), Naheed will contest July 20 polls on the KP assembly constituency, PK-106, Jamrud of the district Khyber.