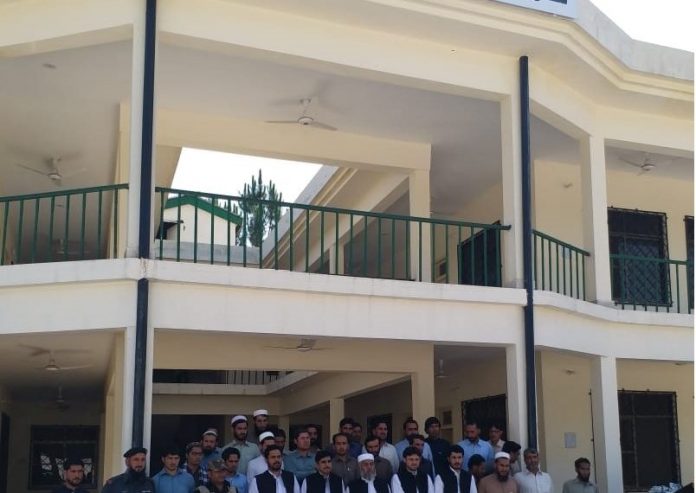 TNN correspondent reported that the district court, which has been set up at Civil Colony in Khar, the main town in Bajaur, started formal proceedings on Friday and heard several cases.

People of the tribal district have welcomed the opening of district courts in Khar and termed it a historic step. They expressed hope that the establishment of courts in Bajaur will address the sense of deprivation of people. They said the people of tribal districts were kept deprived of access to judiciary for the last 70 years, but now they will get justice in their own areas. They expressed happiness over getting the right of hiring a lawyer and presenting their case in the court of law to get justice.

The extension of judicial system to tribal districts was part of the mega plan of merger of erstwhile Fata with Khyber Pakhtunkhwa. The Pakistan Tehreek-e-Insaf (PTI) government after coming into power expedited the process of merger. After the merger, the Frontier Crimes Rogation (FCR) was abolished in the tribal districts and the government, instead of extending the 1973 Constitution to the area, implemented the Interim Governance Act there.

However, the Peshawar High Court (PHC) in October last year strike down the Interim Governance Act and ordered the government to extend the judiciary to the tribal districts within a month. However, in January, the Supreme Court of Pakistan extended the deadline for the government for bringing judiciary to erstwhile Fata by six months. Under the same orders of the apex court, the PHC on February 25 announced appointment of 28 judges in the tribal districts. Under the announcement, four judicial officers, including one senior civil judge, one sessions judge and two additional sessions judges were appointed in every tribal district.

Most of the people in the tribal districts have expressed happiness over the arrival of judicial system. They said they were earlier under the FCR which was an inhuman law under which the administrative, judicial and legislative powers rested with a single person.