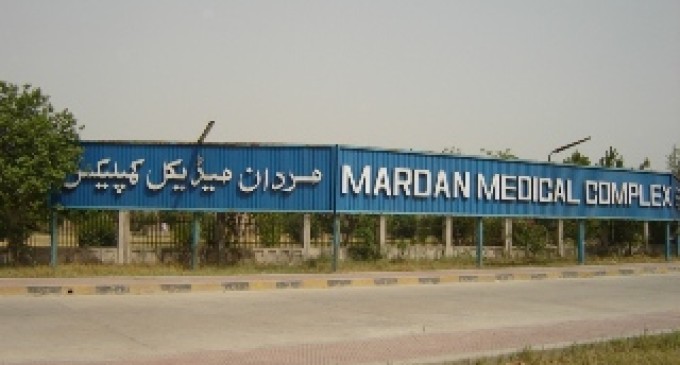 MARDAN, 16 November: Doctors at the Mardan Medical Complex (MMC) on Wednesday boycotted their duties in the outdoor patient department (OPD) demanding protection for the medical staff.

A spokesman of the hospital Dr. Javed Iqbal told TNN that an injured person from the Yar Hussain area was brought to the hospital in critical condition on Tuesday night.

The spokesman informed that the person who had attempted to commit suicide, died while he was being operated upon by the doctors at the hospital.

In the meantime, the family members of the deceased person started agitation inside the hospital and damaged equipment. They also allegedly tortured the doctors present on the occasion.

The doctors threatened that they would continue their boycott till the government accept their demands and provide them additional security.

“We demand from the government to deploy additional police personnel in the hospital and register FIR against those who damaged hospital property,” Dr. Iqbal said.

Meanwhile, station house officer of Sheikh Maltoon police station Gohar Khan said on the compliant of Hospital Director MMC, a case had been registered against 30 persons. He further told that a family member of the deceased person, Faheem Akbar, had also lodged FIR against the doctors of hospital for negligence and the police had started investigations in this regard.