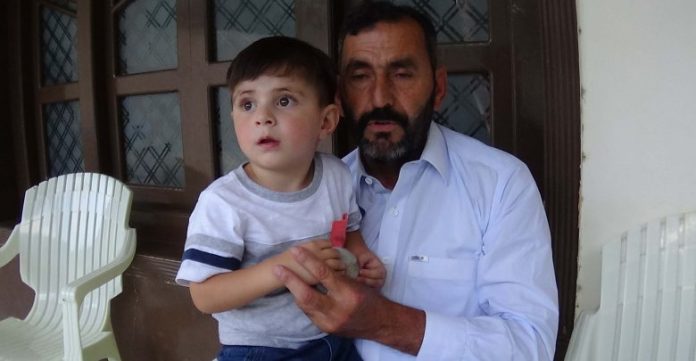 Subedar (Retd) Shahabuddin told local journalists that his little son Usman broke his finger after which he took him to Darosh Hospital. He said there were no proper facilities in Darosh Hospital and the condition of broken finger of his son worsened. He said he took his son to District Headquarters Hospital, but there was no orthopaedic surgeon in the hospital.

Shahabuddin said he then went to Peshawar where orthopaedic surgeon told him that proper treatment was not provided to his son which may lead to disability. He said he also held a press conference at Chitral Press Club to convey his problem to concerned authorities. He said Special Branch personnel were also present there, but nothing happened. He said he then shared his problem with a freelance journalist who arranged press coverage for him. He said he made an appeal to the Army Chief and Corps Commander to arrange treatment for his son.

The retired soldier said soon after publication of the news, he received a phone call from a Major of the Pakistan Army who advised him to come to Darosh Cantonment along with his son. He said pictures of his son were taken and sent to 11 Corps and he was advised to go to Combined Military Hospital (CMH) Peshawar. He said the doctors were waiting for him when he arrived at the CMH Peshawar. He said free of cost treatment of his son was initiated and now his son is feeling much better.

Shahabuddin said he is very happy with the help of the Pakistan Army, but at the same time, he is unable to understand why there is not a single orthopaedic surgeon in a huge district like Chitral. He said the condition of Darosh Hospital is even worse where several vacancies of specialist doctors could not be filled since long. He said the political leadership of the area has not taken any step for resolution of this problem.

He demanded the federal and provincial governments to make it mandatory for students from Chitral who become doctors to perform duties in their own district for at least five years.