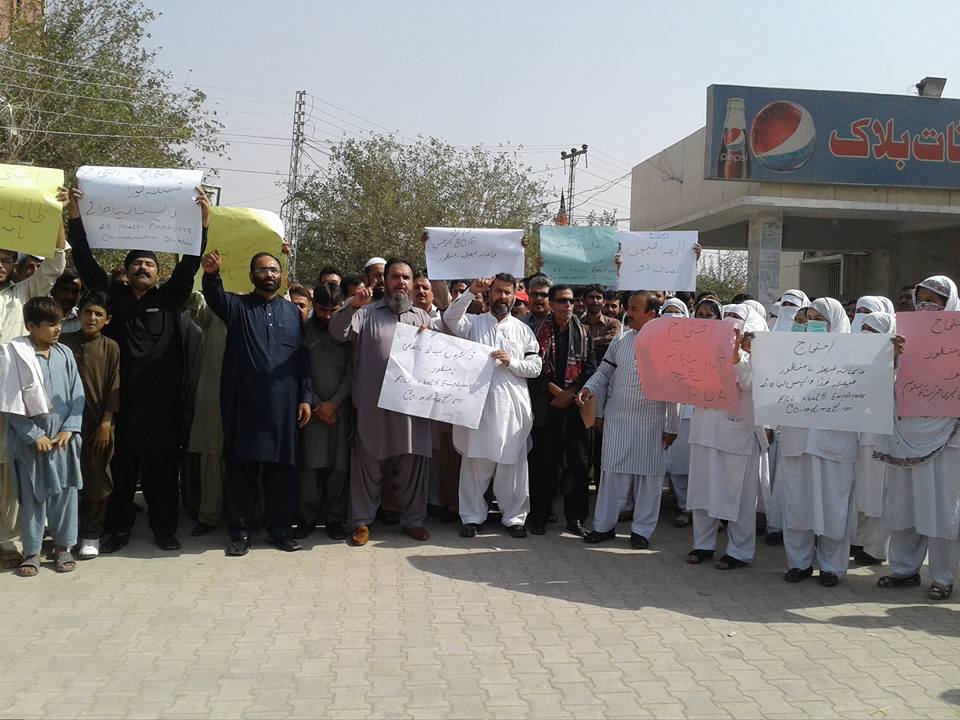 DI KHAN, 27 October: Doctors and other staff at the district headquarters hospital (DHQ) here on Thursday protested against the suspension of the medical superintendent of the health facility.

The doctors, paramedics and other officials also took out a rally inside the hospital and demanded immediate reinstatement of the senior doctor.

They threatened that if the medical superintendent Dr. Farooq Gul Bittani was not reinstated in his previous position, they would be forced to boycott their duties and suspend provision of medical services at the hospital.

It merits recalling here that Dr. Farooq Gul Bittani had told media that due to breakdown in the supply of electricity, the doctors at the DHQ hospital performed 11 surgeries in the light of mobile torches.

The health department had constituted a committee to probe the matter. The committee in its finding held the doctor responsible for creating the mess following which he was suspended and asked to report to the health directorate.

Rejecting the decision of the board of governors of the hospital, the protesting doctors said they observed a token strike inside the hospital premise to record their resentment over the decision and warned to come to the road if their demand was not met. They also threatened to suspend all kinds of services at the hospital.

Dr. Mehmood Jan, who was leading the protest rally, told TNN that the provincial minister and the deputy commissioner had admitted that the electricity system at the hospital was faulty even then the doctor was suspended.