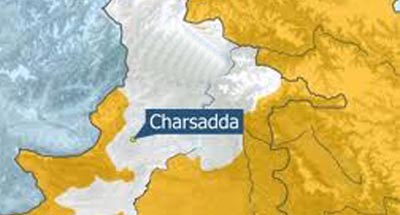 CHARSADDA, 29 September: Taking strong notice of the death of an infant in the labour room of the Gynae ward, the administration of district headquarters hospital (DHQ) Charsadda has imposed fines on three doctors and four other staffers for showing laxity.

The report further stated that the administration of the hospital imposed a life time ban on the duty of the nurses, LHV and the lady sweeper in the labour room.

It merits recalling here that a newborn infant died in the labour room apparently due to the negligence of the doctors and other staffers on September 18. The body of the deceased child was also shown to media persons which had wounds sings on the neck.

The parents had alleged that the wounds signs were apparently the marks of nails of the doctors and the staffers which resulted into the death of the baby.