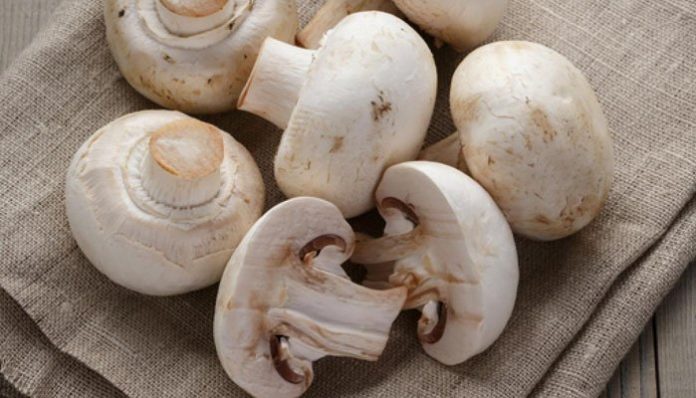 The agronomists classify mushrooms as vegetable. Mushrooms have higher protein content as compared to meat; however, low on cholesterol. Mushrooms naturally grow in rainy seasons; however, due to growing popularity, many people have started artificially growing them domestically.

Mr Khan said that his small investment on mushroom farming was increasing his income. “A polythene bag produces up to three kilograms of mushroom at the cost of Rs 100.

How are mushrooms grown?

Mushrooms are either grown in polythene wrappers or on arable land. On the other hand, botanists are of view that growing mushrooms on land was a difficult task; therefore, it was easier to grow them into polythene wrappers.

Mr Khan received mushroom farming training from the KP Agriculture University Peshawar. He said that the varsity also provided him with the mushroom seeds or spawn.

He said that in order to grow mushrooms, straw is boiled in hot water to kill germs and then put into polythene bags of 4 by 12 inches. “Then spawn is sprinkled on it and polythene bag’s mouth is closed, leaving small holes for air,” he said.

After this, he said that the polythene bags are hung from the ceiling through a wire and mushrooms start growing after 20 days.

Mushrooms crop is ready to harvest on the 27th day and a wrapper could be harvested thrice at an interval of 10 days each.

Besides, the farmers said that the mushrooms are sold to Islamabad and Punjab hotels besides local sales.

How Agricultural University Peshawar is helping in growing mushrooms?

For past two decades, Agriculture University is operating a laboratory for boosting domestic production of mushrooms.

The laboratory has produced spawns of oyster and button varieties.

Dr Sartaj Alam, in charge of the laboratory told TNN that the farmers can purchase a kilogram of spawn for Rs 1200. Besides, he said that they also provide training for growing mushrooms.

He said that mushroom required less space to grow them and also less capital.

Dr Alam said that oyster and button varieties of mushrooms were grown in province. However, oysters were grown into polythene wrappers while buttons in the ground.

He said that anyone interested in mushroom farming can visit the varsity for the seeds and getting training.

According to the World Health Organization, there were about 1,500 species of mushrooms in the world including both the edible and inedible types.

There are 56 species of edible mushrooms in Pakistan, of which 44 are found in Khyber Pakhtunkhwa, four in Balochistan, three in Sindh and five in Punjab. However, health experts say that many of the mushrooms varieties were poisonous and common people could not identify them. They said that eating such mushrooms often leads to death.