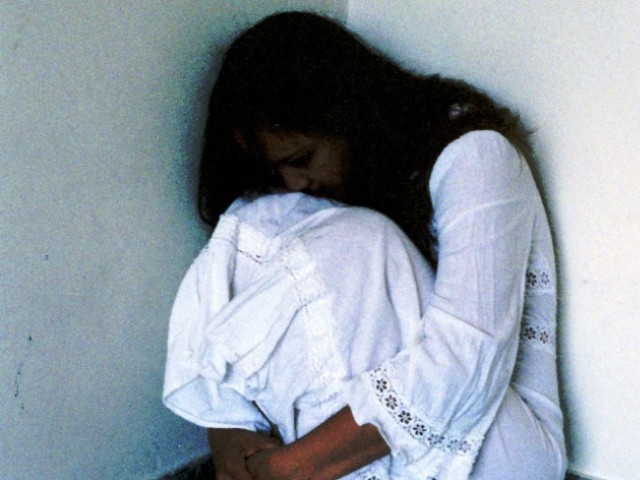 “I was so fed up with living with physical violence on daily basis that at one point I decided to leave the house,” a female while seeking anonymity said.

However, her elder child stopped her saying that they would be devastated in her absence. So she decided to stay and put up with whatever came her way.

Domestic violence is rising worldwide. World Health Organization (WHO) figures estimated that globally about 1 in 3 (30pc) of women have been subjected to either physical or sexual intimate partner violence or non-partner sexual violence in their lifetime.

United Nations has defined the domestic violence (DV) as any act of gender-based violence that results in, or is likely to result in, physical and sexual violence whether occurring in public or in private life.

The Human Rights Commission of Pakistan has categorized shouting, slapping, punching, kicking, threatening, and pushing as the most common forms of domestic violence.

To curb the menace of domestic violence, the KP government has earlier this year passed KP Domestic Violence against Women Act 2021. The bill provides for a five years imprisonment along with fine in case of domestic violence over a woman. However, in a society where women are traditionally expected to stay silent after marriage, such legislation is unlikely to put an end to domestic violence. Many families expect their married daughters to even not utter a single word before their husbands.

“I am not even allowed to choose a dress for myself but he used to select outfits for me,” she said.

The woman said that in case she dressed up, her husband would suspect that she was doing all this for some other male. “Then he used to start torture me physically as well as mentally,” she said.

How to prevent domestic violence?

Shazia Hina, programme manager, Noor Education Trust said that the organization has its own shelter home where they provide physical and legal support to women victim of domestic violence.

She said that they also provide basic education to those women trained them on different skills including beautician, stitching and hand embroidery.

“We train them regarding their basic rights and make them aware of how they can get their due rights legally”, Shazia added.

She said that domestic violence against women cause serious short and long-term mental health problems for the victims.  This in turn can also affect their children’s health and well-being, Shazia said.

She said that they also provide psychological therapies to such women.

To attain long-term change, it is imperative for government to enforce legislation it has enacted. Besides it is also necessary to implement policies to promote gender equality, allocate resources to deterrence and response in cases of domestic violence.