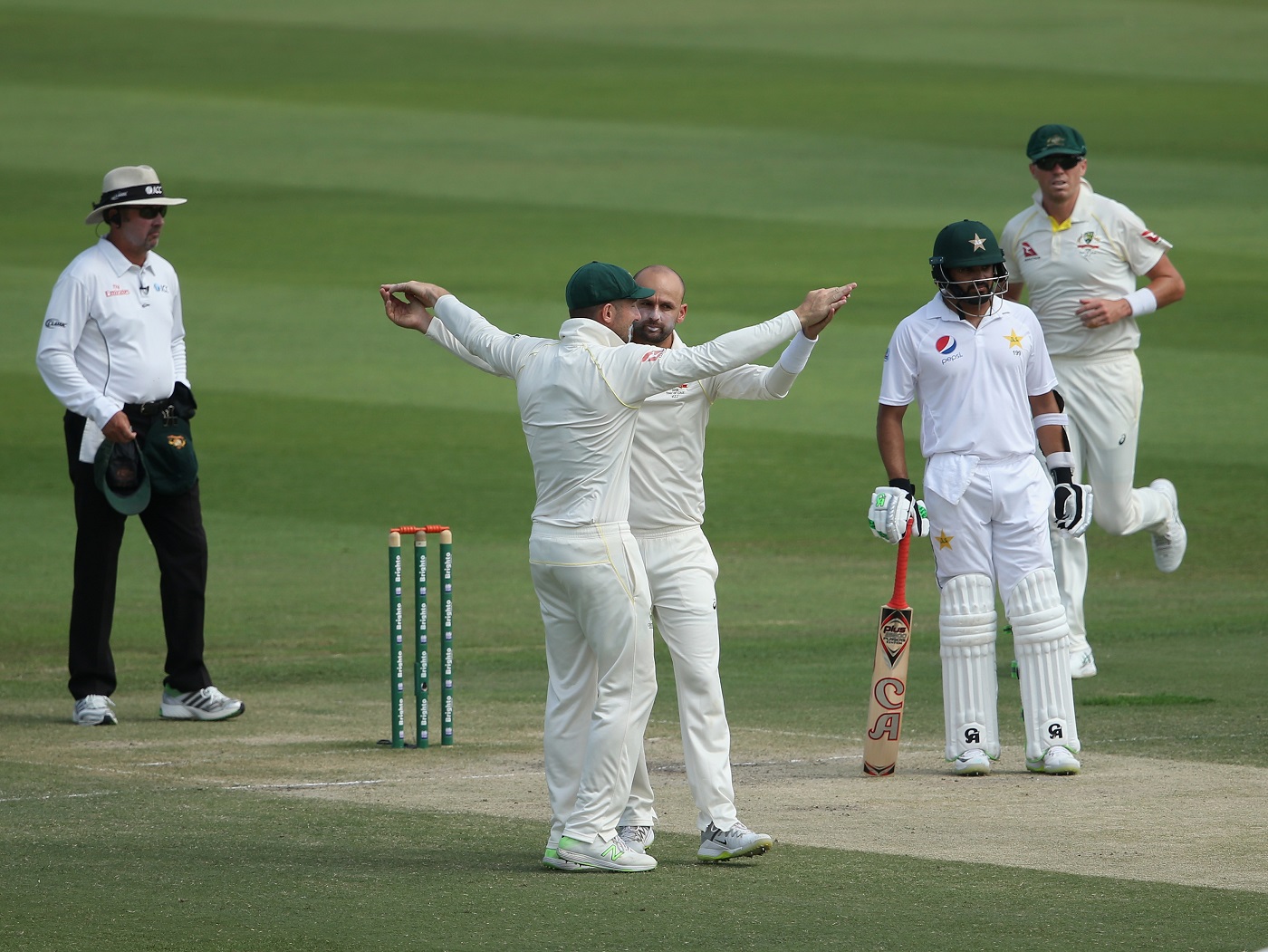 PESHAWAR: Pakistan were in a commanding position at the end of the third day’s paly of second Test against Australia in Abu Dhabi on Thursday.

In their second inning, Pakistan declared on 400/9 setting a daunting target of 538 runs for Australia. Babar Azam missed his maiden century by just one run, while captain Sarfraz Ahmed scored 81 runs.

Apart from a bizarre run out of Azhar Ali, Pakistan dominated the game throughout the day. Azhar edged a Peter Siddle delivery towards the third-man boundary and, thinking the ball had crossed the rope, halted in the middle of the pitch to talk to fellow batsman Asad Shafiq, but Mitchell Starc picked up the ball less than a yard from the boundary and threw it back to wicketkeeper Tim Paine, who ran Azhar out, leaving the Pakistani duo stranded and looking bewildered. Azhar played well for his 64 before losing his wicket in a comic fashion. Nathan Lyon was the pick of bowlers for Australia with four wickets.

Australia were playing on 47 for the loss of one wicket when the day’s play ended. Pakistan need nine wickets to win the match with full two days remaining, while Australia will need an effort bigger than that of Dubai Test to manage an escape, which seems improbable now.