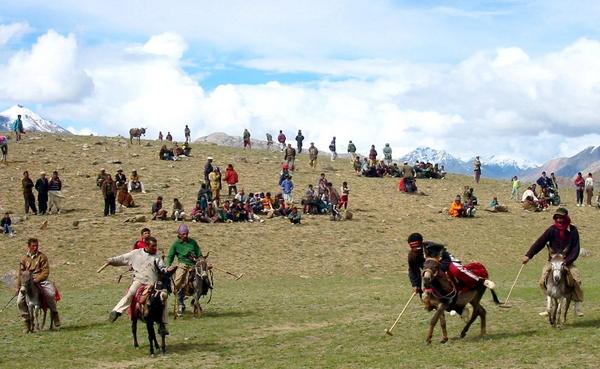 CHITRAL: Polo, known as the king of games and game of kings is no doubt not the game of poor. But as the saying goes, where there is a will there is a way.

The game was introduced by the spirited people of Gilgit-Baltistan (GB) and the British discovered and promoted it. In ancient times, Chitral and Gupis were two states ruled by kings.

People of Chitral are fond of the game but they could not afford to have a trained horse which is a basic requirement of the game. In order to quench their thirst, they have innovated a new trend by using donkeys instead of horses. 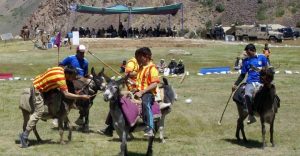 People in Chitral’s remote area Broghal that is located at an altitude of 13000 feet and almost 300 kilometers away from the main Chitral Town use donkeys to play polo. It takes two days to reach Broghil Valley.

From there onward, the people have to travel by feet, or use horses and donkeys.They have also pioneered a new sporting event in attempts to promote and attract tourism in the region.

Donkey and Yak polo is the most interesting and unique game of Broghil valley where each team comprises of six players who play freestyle game.

Each year, locals of the Broghil Valley hold a polo tournament, but rather than using horses, they play the same game with yaks, which resemble shaggy, short-legged oxen and now with donkeys.

Locals say that a well-trained horse is usually available between Rs150,000 to Rs250,000 and ordinary people like us hardly afford this extravaganza. That is why we have been using donkeys to play polo and get fun.

The Broghil Valley lacks basic facilities and many locals say that they are still living in the stone-age.

Many of the people of the valley have not traveled outside and they are not familiar with modern facilities, like electricity. Access to health, clean drinking water and remains a major challenge in the valley.

Apart from scenic landscape, polo matches is also major source of attraction for thousands of foreign and local tourists. Large number of tourists throng Chitral mostly special in these days to enjoy the weather, landscape as well polo matches.

Local residents demanded of the government to promote tourism and explore the hidden treasure of high peaks and lakes of Chitral.