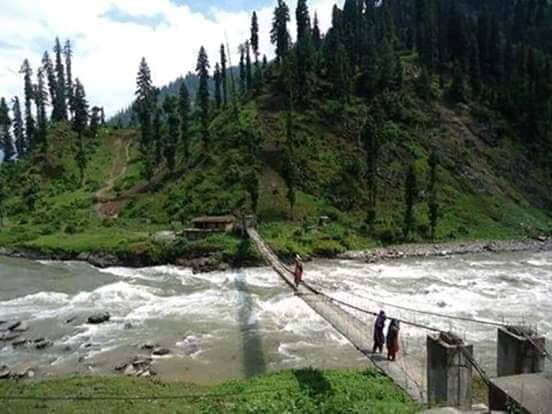 UPPER KOHISTAN: A passenger vehicle fell into a river after a bridge collapsed on Friday in Bagro village of Kandia area in Upper Kohistan.

It is feared that 26 persons have lost lives in the tragedy, however, the District Police Officer (DPO) of Upper Kohistan, Raja Sabor, repudiated the reports and said that the tragedy was reported from a remote area, where no source of communication available to report the actual situation. Therefore, he refused to confirm the number of causalities.

Local sources have reported that a total of 35 persons were riding in the passenger vehicle, of which 26 have died in the tragedy. Among the dead were 4 women. The sources have informed that 4 bodies were recovered while the local people are searching for the remaining missing persons.

The local sources furthered that due to the difficult area and lack of resources, the local people were facing severe difficulties in the evacuation of dead bodies. They appealed to the Deputy Commissioner Kohistan to take action and immediately send teams for the Rescue operation.

However, Pakistan Television (PTV) has said that not 26 but 8 persons have died and the rescue operation is in progress, but the DPO has not confirmed any news related to the bridge collapse.

The District police officer has said that rescue and police teams have been sent which will reach the spot within four hours. He added that police have not yet released any statement regarding the number of dead persons and the removal of the bodies and will provide information when the teams reach the spot.

The District Police Officer declared reports about the number of death based on rumours and asked media persons not to believe in rumours until the responsible officials issue proper reports. The DPO said that there no communication source available and it would take almost ten hours to know about the actual ground situation.