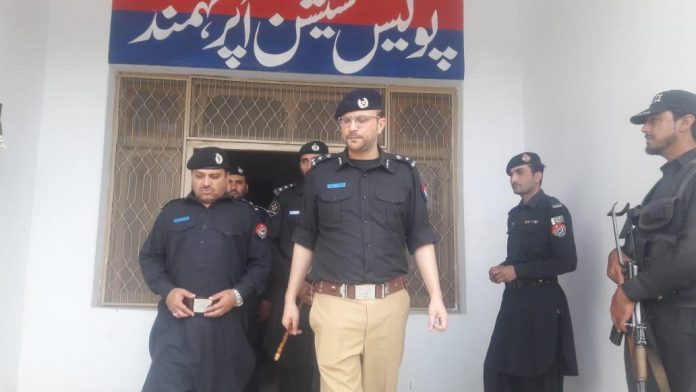 The RPO was also accompanied by the DPO Mohmand Abdur Rasheed and other police officers of the Mohmand tribal district which has been merged into Mardan region. Muhammad Ali Khan said while talking to police officers including sub-divisional police officers and station house officers to perform their duties with dedication while keeping in view the sensitivities of local traditions. He said the problems of the people of Mohmand district will be resolved on priority basis.

The RPO also laid floral wreath at the Yadgar-e-Shohada (Martyrs Monument) at the district headquarters Ghallanai and offered Fateha. A contingent of police presented guard of honour on the occasion.

Police claimed that a person, Faiq was kidnapped over a monetary dispute. Police conducted a raid and arrested three alleged kidnappers Isa Khan, Syed Khan and Jawad Khan. The alleged kidnappers also resisted the police attempt to arrest them. Police claimed that two Kalashnikovs were also recovered from the suspects. During interrogation, the arrested suspects revealed the names of their other accomplices after which raids are being continuing to arrest them.

Meanwhile, a 65-year-old person was killed in firing by unidentified armed men in Bajaur tribal district.

Official sources said Hamesh Khan was cutting his wheat crop in his fields in Tangai area of Mamond tehsil when unidentified armed men opened fire on him, leaving him dead on the spot.

The district administration initiated inquiry into the murder.