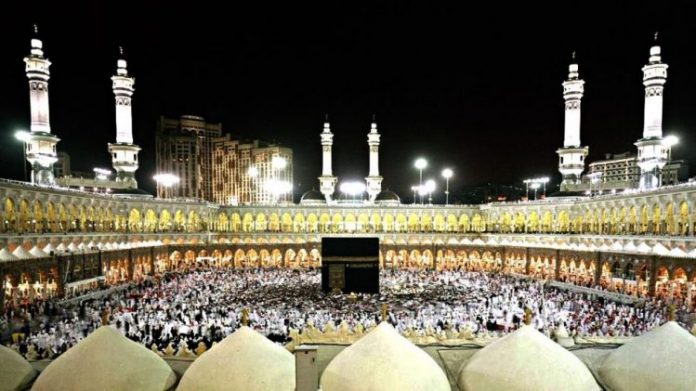 PESHAWAR: The Ministry of Religious Affairs has postponed the draw for the additional quota of Hajj for Pakistani pilgrims which was scheduled on May 20.

Under the revised quota for Pakistani pilgrims by the Saudi government, additional 16,000 Pakistanis will go to Saudi Arabia this year to perform Hajj under the government and private schemes. Balloting was to be held for 9,474 places, whereas 6,316 pilgrims will perform the religious obligation through new private tour operators. Lucky draw for the additional Hajj pilgrims was to be held on May 20. The Ministry of Religious Affairs said the new date of the draw will be announced after approval by the federal cabinet.

According to sources in the Ministry of Religious Affairs and Inter-faith harmony, the applicants who could not make it to the list in the first draw, will be included in the second draw. The sources said those applicants who have withdrawn the deposited money from banks will also be included in the draw and they will be given few days’ time to again submit the money in the banks.

The sources said no new applicants will be included in the fresh draw. The Ministry of Religious Affairs had announced on April 29 that those who remained unsuccessful in the first Hajj draw will get another chance as the quota of Pakistani pilgrims has been increased by 16,000 by the Saudi government. The ministry had sent the summary of approval of the new quota to the federal cabinet.

A spokesman for the Religious Affairs Ministry said the new date of the draw will be announced after the cabinet’s approval.

During the visit of Saudi Crown Prince Mohammed bin Salman to Pakistan, Prime Minister Imran Khan had raised the issue of increase in quota for Pakistan Hajj pilgrims. The Saudi government granted the approval to Pakistan’s request and now the quota of Pakistani pilgrims has been increased to 200,000. Earlier, the quota of Pakistani pilgrims was 184,210.

Saudi Arabia has also included Pakistan in its “Road to Makkah” project under which Pakistani pilgrims will undergo immigration clearance at Pakistani airports before leaving for Hajj.