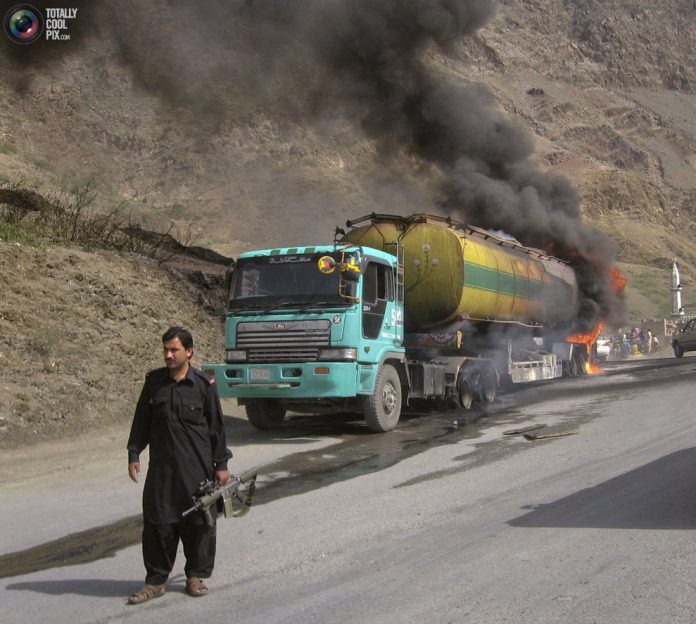 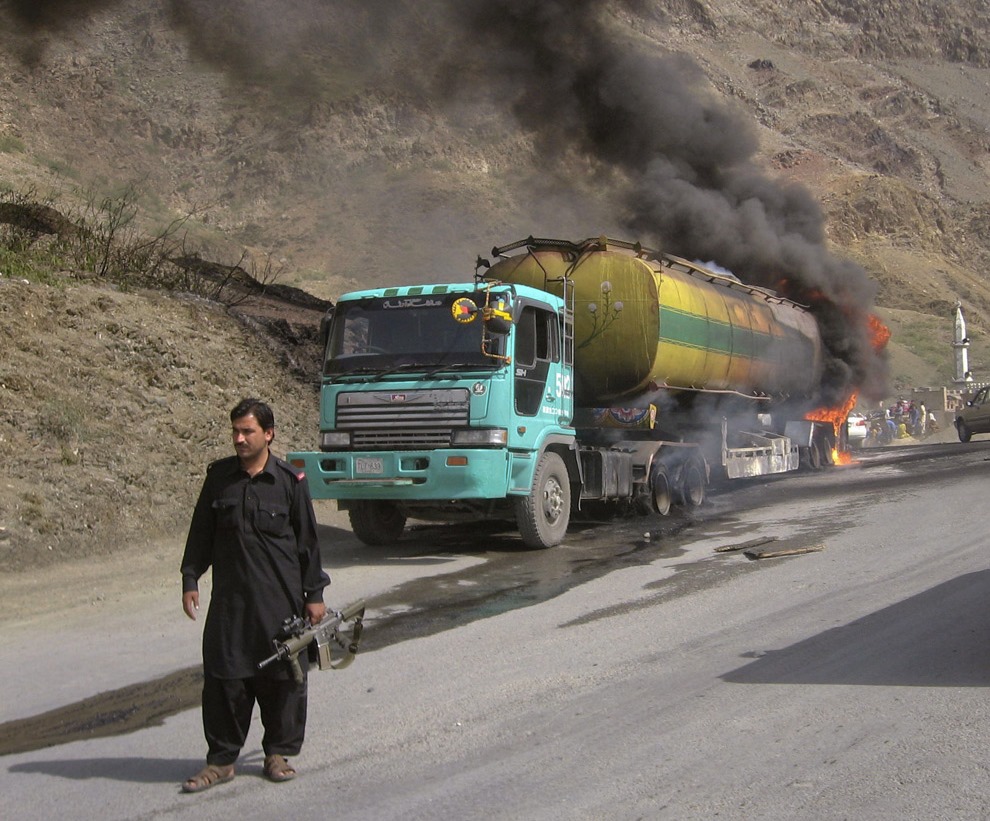 Administration officials say the tanker travelling to Afghanistan was attacked in Wazir Dhand area of Jamrul tehsil at morning.

The fresh incident is the third attack on NATO supply tankers in Khyber Agency since last week.

In the previous incidents, three people were killed and as many injured, while two tankers were also burnt down.

Meanwhile, a militant commander, Mr Khaibaray, has died in a bomb blast in Mehraban village of Tirah valley, a far-off area of Khyber Agency near the Pak-Afghan border.