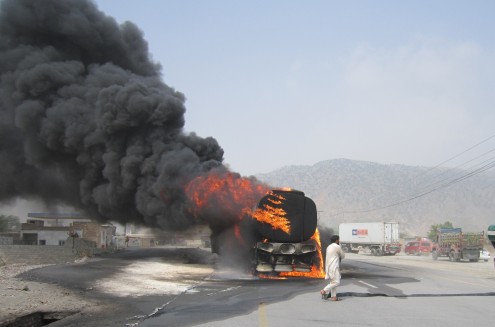 This was the second attack on NATO containers during the last three days. A day back, gunmen killed a driver and his helper while driving a NATO container towards Afghanistan.