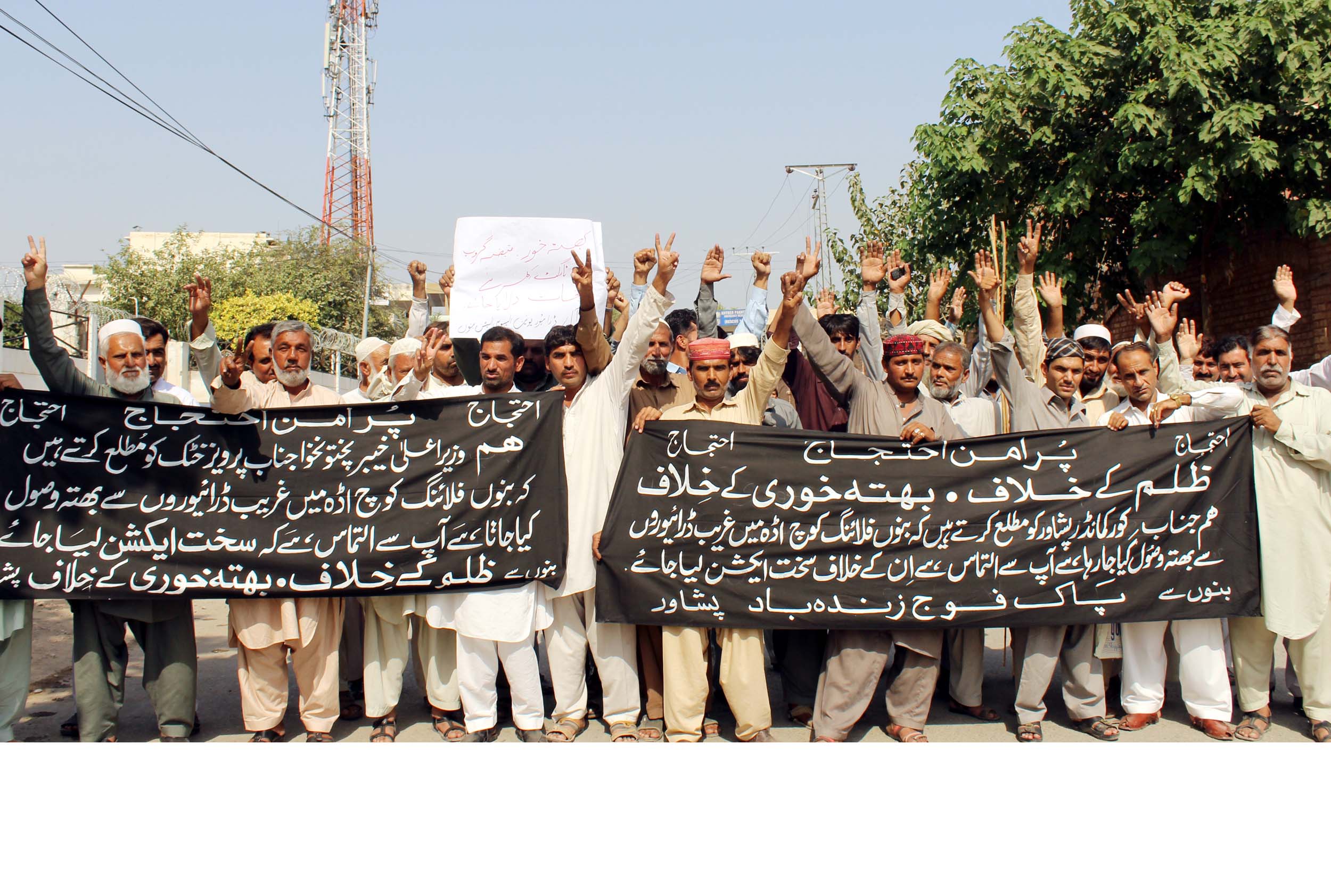 They said that contractor of the stand have been forcing them to pay extra charges for ferrying passengers from the bus stand in Peshawar to Bannu.

The protesting drivers gathered outside Peshawar Press Club and chanted slogans against the district government for turning a blind eye towards the ‘extortion’.

They said that they were asked to pay Rs1000 to Rs1200 per trip while the government rate was Rs130.

They demanded of the provincial government to take notice of the injustice and terminate the contract.