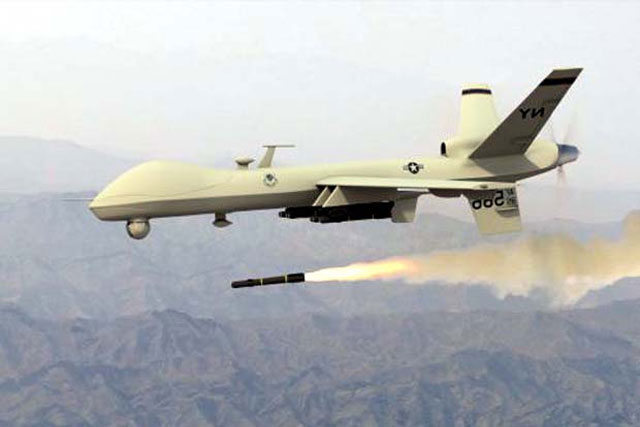 PARACHINAR, 17 October: Five people were killed in a drone strike along the Pak-Afghan border near Kurram Agency on Tuesday.

The political administration said the strike was the third in the day as drones had been hovering around the area since Monday.

Earlier on Tuesday, two drone strikes were reported in Afghanistan’s Paktia province, bordering Pakistan’s Kurram Agency. No casualties were reported from earlier strikes. Meanwhile, the death toll from US strike on increased to 26.

The political administration also confirmed that a suspected militant, Abu Bakar, was killed in the attack. The drone strike was reported days after the Pakistan Army said that it had recovered “safe and sound.

A family of foreign hostages from the custody of a terrorist outfit after it received and acted on intelligence shared by the United States.

The army had hailed the recovery of the abductees as an example of what can be expected from close cooperation between the US and Pakistan in targeting militant outfits.