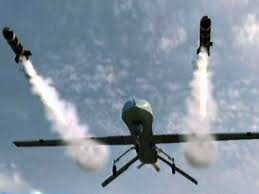 PESHAWAR, 11 July: Afghan intelligence agency, National Directorate of Security (NDS) has said that Islamic State chief for Afghanistan and Pakistan Hafiz Saeed Khan was killed in a US drone strike in Achin district of Nangarhar yesterday.

However, independent sources have yet to confirm the report. A few days back, Shahidullah Shahid, another leader of the IS who acted as central spokesman of Tehrik Taliban Pakistan before joining Daesh, was also killed in a drone attack in Afghanistan.