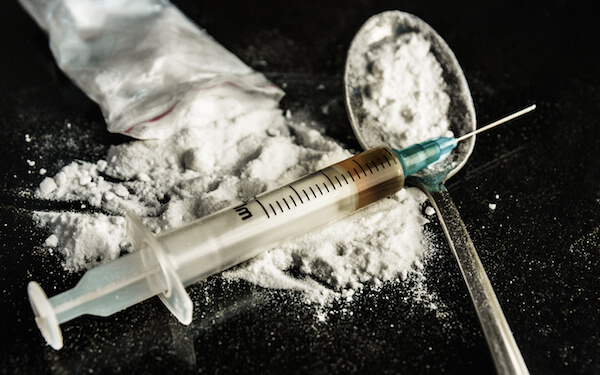 PESHAWAR: Drug addiction is a sickness that influences one’s cerebrum and conduct. At the point when someone is addicted to drugs, the addict can’t fight temptation to use them, regardless of much damage the intakes may cause.

According to the recent World Drug Report (2020) by the United Nations Office on Drugs and Crime (UNODC), around 269 million individuals used drugs and alcohol worldwide in the year 2018, while more than 35 million individuals experienced its ill effects.

Chronic drug use isn’t about heroin, cocaine or other unlawful medications, but one can also get dependent on liquor, nicotine, rest and hostile to tensions prescriptions and other lawful substances. The drug abuse is related to various clinical, mental, social and family issues.

Drugs assault all aspects of our body. They essentially affect our wellbeing by debilitating our resistance framework. They can cause an assortment of cardiovascular conditions going from strange pulse to coronary episodes, and lead to ulcers, hearing impairment, liver infection, seizures, strokes, infertility and cerebrum harm.

Drug and alcohol can upset the normal capacity to the human cerebrum. Liquor, for instance, is a substance which will cause disturbance on the equilibrium of the cerebrum influence consideration, emotions and activities. Drugs cause cerebrum to deliver compound changes that make incitement by debilitating the piece of the mind related with hindrance, prompting expansions in certainty. It might make temperament changes prompting hostility, outrage, tension and gloom.

The misuse of drugs and alcohol affect sleep, specifically meddling without hardly lifting a finger of nodding off, expanding the trouble in sleeping, and changing the cycle of rest. These sleep impacts subsequently affect following day work, including expanding daytime languor and weakening sharpness.

Men are more likely to use drugs than women. Unlawful medication use is bound to bring about crisis.

However, women are like men are likely to build up a substance use disorders. Moreover, women might be more powerless to relapse. If men and women drink a similar quantity, the women’s blood liquor level will quite often be higher than men.

Breast cancer is also the most well-known type of disease among women, so it’s imperative to know about how drinking liquor can expand the danger of building up sickness.

Some drugs affect our social skills and abilities. Some people believe that using medications is decent method to unwind and be more agreeable in friendly circumstances, as at a gatherings or parties. However, now and then in a wake of ingesting medications or using alcohol, individuals may do or make statements they ordinarily would not. Also they think twice about it later. Drugs and Alcohol can change the manner in which the cerebrum works, upsetting the peace of mind that permits individuals use to gauge dangers and advantages when deciding.

Drugs and alcohol are the mostly used among grown up people. The use of drugs is related with and expands danger of wounds and mishaps indeed, even a solitary scene of inordinate drinking can prompt an adverse result.

Relatives, including youngsters, presented to a first degree relative’s liquor issue are in danger of complicated issues. Children of guardians with drug dependence, for instance, show higher paces of drug addiction than those who do not have guardians with a liquor compulsion.

It is important to note that drugs and their related issues influence the wellbeing, security, and prosperity of individuals.

Building up dependence on drugs is not a character blemish or an indication of shortcoming, and it takes more than determination to defeat the issue. But the recuperation is not out of reach.

If someone is addicted to drugs and alcohol abuse, he/she must find out the alternative methods to treat the ailment. Also, the great support and inspiration of the parents or other relatives can help them beat the temptation and recover control of their lives.