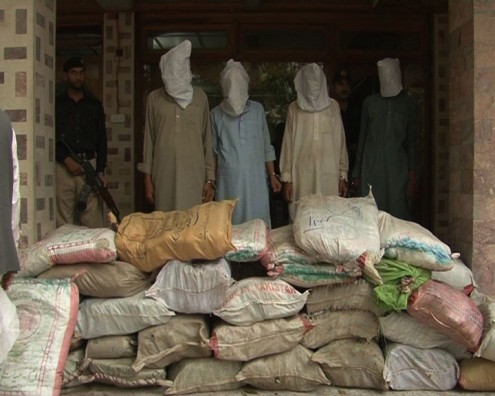 According to a press release, the ANF authorities raided a house in Bara tehsil of Khyber Agency and seized more than 1,200 kilogram hashish and arrested four accused.

In separate incident, 26 kilograms hashish was seized from a car in Hayatabad area of Peshawar and two accused were also arrested.