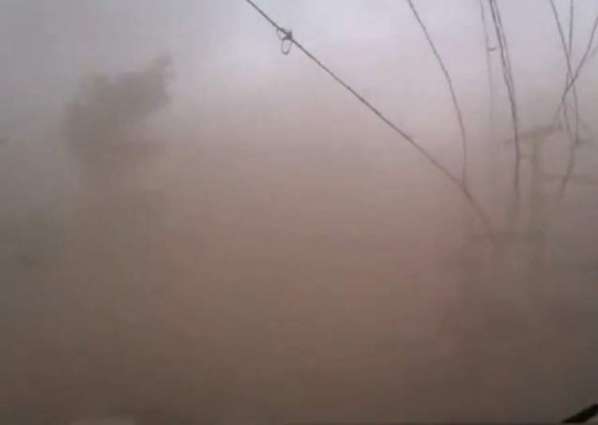 PESHAWAR: The Provincial Disaster Management Authority (PDMA) has issued an alert about dust/thunderstorm and rain during the next five days.

In a letter to the deputy commissioners of all the districts of KP, the PDMA said the Pakistan Metrological Department says a shallow westerly wave is presently affecting upper and central parts of the country. This weather system is likely to intensify on Sunday night (tomorrow) and grip most parts of the country on Monday.

The letter issued on Friday said that the weather system is likely to cause dust-storm, thunderstorm and rain in scattered places in KP today (Saturday), while widespread dust-storm and moderate to heavy rain is expected in the province on Monday, Tuesday and Wednesday. Hailstorm is also expected in some parts of the province during the next four days.

The letter also alerted the district administrations that heavy rains may trigger landslides in Malakand and Hazara divisions on Tuesday and Wednesday. It said the farmers must take precautionary measures during the forecast period.

The alert has been issued three days after eight people lost their lives and dozens others were injured and six houses were also damaged completely in the windstorm followed by heavy rain in different parts of KP.

Data from the PDMA, Rescue 1122 and unofficial sources showed three deaths were reported in Peshawar, two in Swabi and one each in Kohat, Charsadda and Khyber tribal district.

Strong winds lashed Peshawar and surrounding districts in the evening on Tuesday due to which trees were uprooted and signboards were also dismantled. The windstorm also damaged fruit orchards and standing crops. A station of the Bus Rapid Transit (BRT) Peshawar on the University Road was also badly damaged due to windstorm.