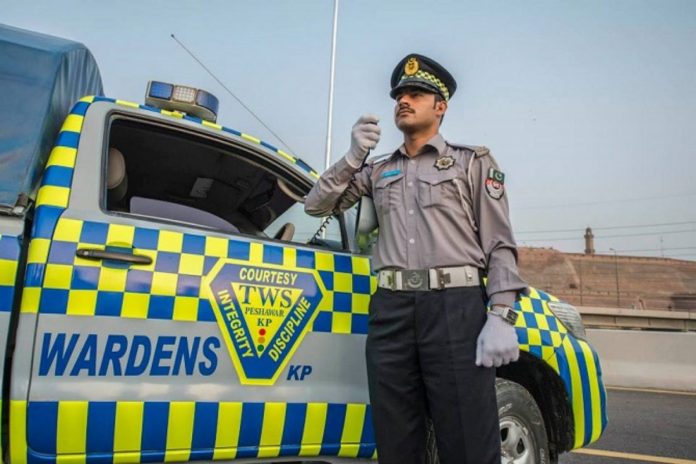 KHAR: Eight Traffic Police personnel in Bajaur tribal district have completed their training, while police have also initiated the system of e-challan.

District Police Officer (DPO) Shahzada Kokab Farooq said that under the directions of Khyber Pakhtunkhwa Inspector General of Police Dr Sanaullah Abbasi, a traffic management training was arranged at Traffic Police Headquarters in Peshawar, which was also attended by eight policemen from Bajaur. The policemen from Bajaur received special training about traffic signals and e-ticketing system.

The Peshawar Traffic Police Information Technology Department provided training to participants with the help of e-ticketing application. The e-ticketing system is a step by the KP Police towards Digital Pakistan which will help the people in paying challan through an easy procedure. Now the people will not need to go to any bank or franchise for submitting challan and it could be paid on the spot.

The e-ticketing app has been introduced by the IT Department of KP Traffic Police to facilitate the citizens. It is an easy online procedure for submitting challan which will save time and money of people.

The use of e-ticketing app will help in reducing traffic law violations in Bajaur. After payment of challan, the person submitting the challan will immediately receive a confirmation message on his mobile phone.

Addressing an online seminar at Abdul Wali Khan University Mardan (AWKUM) on policing in merged districts and role of police during coronavirus pandemic, the police chief said the process for recruitment of police on over 2,000 vacancies in merged districts will start soon. He said 28 new police stations and police lines will also be set up in tribal districts.