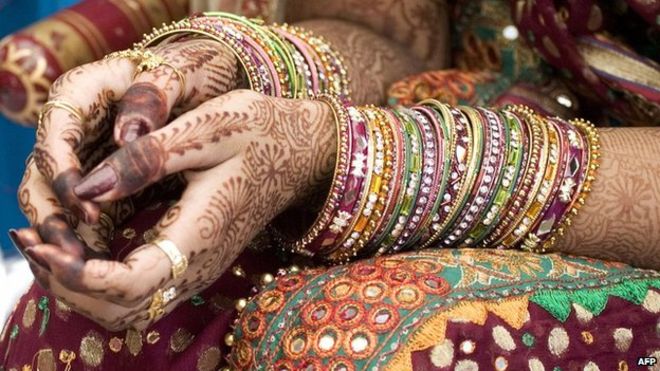 I was only fifteen years old when I got married. I wanted to study further and achieve my goals, which means I wanted to do a job when I grow up. But I was about thirteen years old when I got engaged. At that time, my in-laws agreed that the girl would study further and there’d be no restrictions from our side. But I was studying only till I was at my parents house. But then they were not giving us more time and were stubborn that the marriage must take place.

When my father finally got fed up with their consistent behaviour, he told them, “If You are stubborn enough for this marriage to take place then we also have a condition”. Upon asking, my father told them that my condition is that my daughter will continue her studies even after marriage. They gladly said yes to this and told us that they accept our terms and conditions.

And finally the marriage took place. A few days later, I told my husband that I would go to school to conduct the  examination. My husband got furious and said that there would be no study, burn your books and your bag. Because of this I could not conduct my exam.

I found it strange to see life at that time. When a girl is in the house of her parents, she finds this life very beautiful as her parents take care of everything and try to save their children from the harshness of the society. They try to save their children from every grief but that’s not the case with in-laws. No matter how much you serve them, no matter how much you care, but still they will only show their goodness, they do not see any good deeds of their daughters-in-law. If the girl is married at an older age then she can cope with the situation as She can understand everything. But when a girl gets married at a young age, she has no idea how to deal with such people and thus gives up very quickly.

Because it is not such a specific concern for a guy, every parent should think a lot about the daughter’s future and should also develop the relationship in a family that knows each other’s way of life and is comparable to each other. The woman will have to bear everything afterwards; one family wants to read and write, while the other does not; therefore, those who are literate should avoid those who are illiterate, because no matter what happens later, life will continue to be a torture.

People who are educated are far more reasonable than those who are ignorant. They make an effort to please their spouses and children. Those who live in the village and do not study, on the other hand, are unconcerned, as if they do not belong to anyone. Whatever occurs, may Allah bless each and every female, Amen!

(The writer is a housewife and resident of Swabi district in Khyber Pakhtunkhwa. She often writes blogs on social and domestic issues being faced by women in Pashtun society)