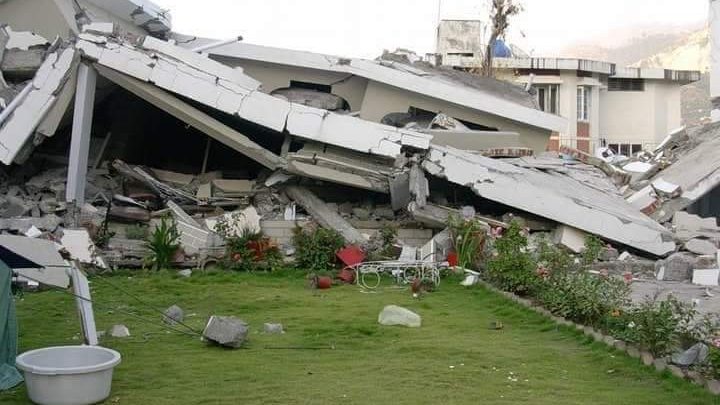 MANSEHRA: Victims of the devasting October 8, 2005 earthquake are remembered on Monday on its 13th memorial that left nearly 100,000 people dead and hundreds of thousands homeless.

The earthquake also destroyed basic infrastructure in Mansehra and Kashmir including houses, hospitals and schools. There are still several schools that awaiting reconstruction including Government Primary School Balakot.

Student of the school are still taking their classes in a shelter as the government is least bothered to reconstruct it despite passage of 13 years.

Locals complained that billions of rupees were donated by the world, yet dozens of schools still awaiting reconstruction, forcing their children to attend classes in open sky.

“Pakistan Tehreek-e-Insaf’s claims of change proved hollow,” they criticized, adding that this was a primary school but classes up to three grades due to shortage of space.

“In case slight shower students are sent home,” said Abdur Raziq. He said that students are forced to take classes whether it is the chilling cold of winter or scorching heat of summer.

The district administration said that the earthquake destroyed 1600 schools of which 600 are still laying damaged. It is learnt that KP Education Minister had written to the federal government for reconstruction of the schools but no step was taken in this regard.