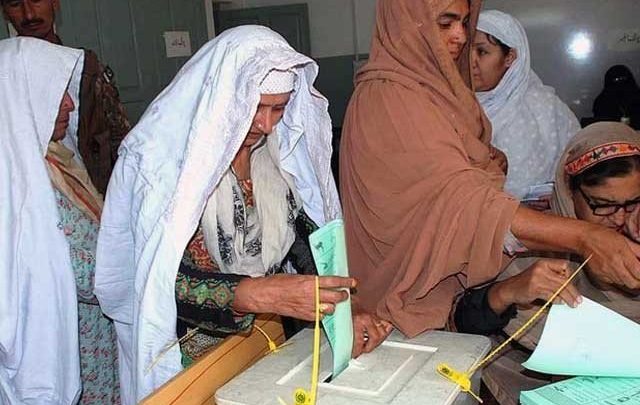 PESHAWAR:  The state is set for the first-ever election for the provincial assembly in tribal districts where a total of 313 candidates are contesting elections on 16 KP Assembly seats to be held on July 20.

A total of 313 candidates, including two women, are in the running for 16 general seats and a total of 2.80 million voters, including 1.67 million men and 1.13 million women, will exercise their franchise on The Election Day.

Similarly, 15 candidates are in the running in PK-101 Bajaur-II, while 14 candidates are facing each other in PK-103 Mohmand-I and PK- 107 Khyber-III Constituencies.

Currently, all the political parties are actively conducting their election campaign which will come to an end 24 hours before the election. According to Section 182 of the Elections Act, 2017, no person will convene, hold or attend any public meeting and no person will promote or join in any procession within a constituency during a period of 48 hours ending at midnight following conclusion of the poll for an election in that constituency.

The election commission of Pakistan has said that the army personnel will be deployed on all the sensitive polling station. The KP IGP has also directed all the DPOs in tribal districts to make all arrangements for the elections and provide full proof security.