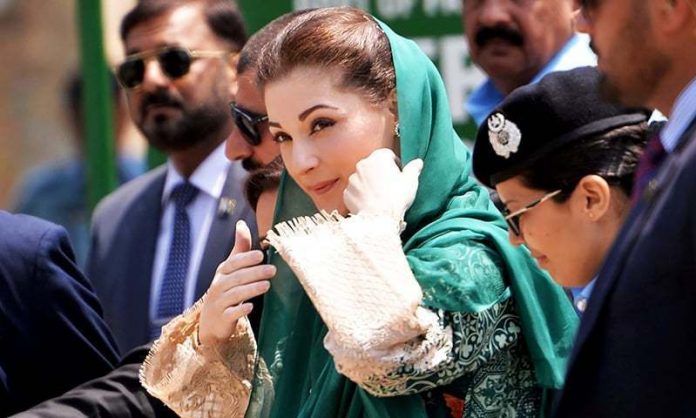 PESHAWAR: Election Commission of Pakistan (ECP) on Tuesday rejected the Pakistan Tehrik-e-Insaf’s request to remove Maryam Nawaz from the Pakistan Muslim League Nawaz’s vice-presidency and ruled that she is eligible to hold the position.

The PTI members Malik Bukhari, Farrukh Habib and Kanwal Shozeb have requested to remove Maryam Nawaz from the party’s vice-presidency, saying that she is under physical remand and being investigated by NAB in corruption charges, therefore, she cannot keep.

A three-member bench headed by Chief Election Commissioner, retired Justice Sardar Mohammad Raza Khan, passed the judgment and rejected the request of PTI members. The Chief Election Commissioner issued a short ruling saying that the post of Vice President is inactive and without powers if the post of party president is vacant, Maryam Nawaz cannot hold this post until the end of president disqualification, so she cannot be removed from the party’s vice-presidency.

It is to be noted that PTI leader Malik Bukhari had requested to remove Maryam Nawaz from the PMLN office in which the position was adopted. They have adopted the stance that the appointment of Maryam as party vice president is inconsistent with the constitution and the law, and she is ineligible for any political and public office.

The Vice President of Pakistan Muslim League-Nawaz (PMLN) Maryam Nawaz Sharif was handed over to the National Accountability Bureau (NAB) on physical remand on to further probe the allegation levelled against her in Chaudhry Sugar Mills case.

She and her cousin, Yousaf Abbas, are accused of using Chaudhry Sugar Mills for money-laundering and illegal transfer of its shares; however, the charges against them are still under investigation by the NAB.