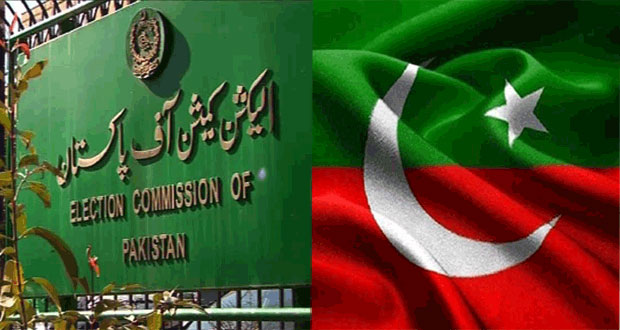 PESHAWAR: The Election Commission of Pakistan has issued notice to the Pakistan Tehreek-e-Insaf (PTI) for using inappropriate language in the party’s advertisement campaign for the upcoming general elections scheduled to be held on 25 July.

Earlier, the ECP spokesman said the electoral body is committed to hold general elections on time in a free, fair and transparent manner.

The spokesman clarified that the security forces have no role in transmission of poll results.