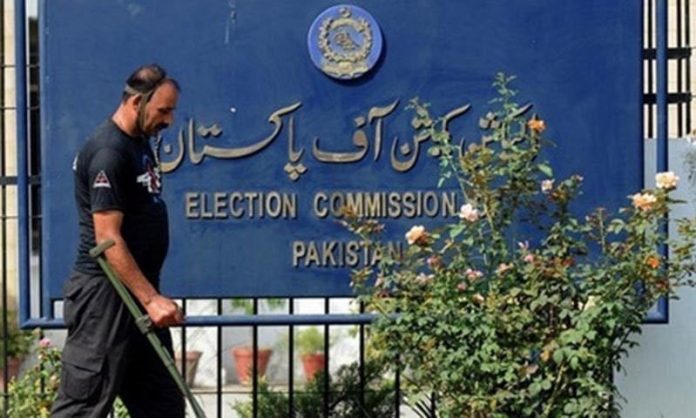 PESHAWAR: Election Commission of Pakistan directed South Waziristan administration to release the arrested candidates within a day on Friday. The ECP has termed the arrests tantamount to pre-poll rigging.

The directions were issued during a meeting on Friday with Chief election commission Sardar Muhammad Raza Khan in the chair. The ECP said that after the issuance of the election schedule, only the district election monitoring officer has the authority to take action against parties and candidates who violate the election code of conduct.

The ECP has said that the arrest of political workers and leaders, before the election, is tantamount to the poll rigging and directed the district administration to help the commission to conduct fair and transparent election instead of making arrests.

On June 27, two more local political leaders were arrested by Police in a raid on the election office of the Awami National Party. After the raid, the ANP members, in a press conference, condemned the raid and declared it a conspiracy to stop the party from running its election campaign.

The arrests have been made as the district administration has imposed the section 144 in South Waziristan and issued letters to all the political parties that they have valid information of that terrorists can target the political leadership and their rallies to sabotage the election process in the district.

The central leadership of the Awami National Party condemned the arrests and has asked the chief election commissioner to step down for failing to provide level playing field to all parties contesting the elections in merged districts.