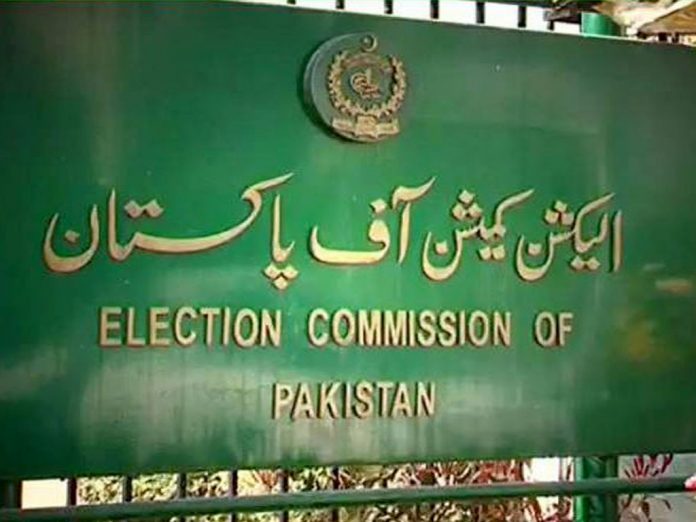 PESHAWAR: The Chief Election of Pakistan (ECP) is all set to announce the schedule for election on 16 provincial assembly seats during the last week of April, said an official statement. It was added that ECP has completed all the work and the final list of 2.69 million voters will be released next week.

The ECP has informed that voters that they can statues of their vote be sending their national identity card number on 8300.

The statement said no changes could be made in the electoral rolls once the ECP announces the election schedule. Therefore, the voters were asked that if they want to transfer their vote to any other area or include his or her name in the electoral rolls, they can approach the concerned district election office. The can submit the form 21 with district election commission office. Form 21 can be obtained from all the officer of ECP of Pakistan at the district level. Such forms can also be downloaded from the ECP website.

The schedule for election for KP Assembly’s constituencies from PK-100 to PK-115 and five seats reserved for women and non-Muslims (four women and one non-Muslim) is expected to be notified by the end of April, said a news release of the commission. Thus, for 21 seats of the Khyber Pakhtunkhwa Assembly, a total of 2.691 million residents, including 1.617 million men and 1.074 million women, are eligible to participate in the electoral exercise.

The tribal districts, formerly known as federally administrated tribal areas were merged with Khyber Pakhtunkhwa, through a constitutional amendment. The delimitation of the constituencies has been made under the national census of 2017. The constitution provided that after the merger, the election on the 21 seats shall be held within one year of the general election, which was held on July 25, 2018, in the country.